This volume contains the manuscript of “Comrades All” written by Albert Hilder in 1946 describing his experience as a member of the Canadian Mounted Rifle contingent during the South African War. Also included in the volume are a relatively sketchy war diaries of Hilder kept during the war in 1900 and 1902. 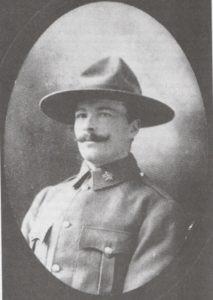 Hilder’s son Charles remembers that his father began thinking about writing up his South African war experiences during his retirement. The real spur to writing was the re-awakening of the memories in conversations of his old wartime friends. At the time Hilder tried to find a publisher but was unsuccessful, and he died in September 1947 while still looking at the possibility of publishing his manuscript.

In the preface of Comrades All Hilder writes: “…. I recorded those years and events in my diary from which I have been able to give an accurate description of army life and movement in the regiments with which I served throughout the campaign.”

Albert Edward Hilder was born in 1878 in England. We know from the first pages of Comrades All that his military interest was ignited by the Jameson Raid in 1895 when he was still a teenager. He followed the newspaper reports of the fiasco and the subsequent imprisonment and release of the perpetrators. Hilder, like many young Englishmen of the time, idolised these men.

When Hilder was unsuccessful joining the military in Britain due to bad sight in one of his eyes, he decided to relocate to Canada in 1897 where he started working as a farm hand. He, however, had not forgotten his desire to join the military. It appears he joined the militia unit of the Royal Canadian Dragoons shortly after his arrival. 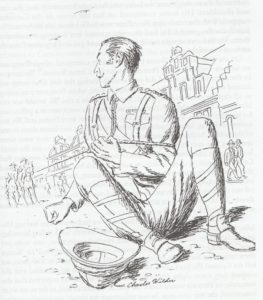 “His horse continued on but the horse of the Canadian stopped, with the result that the officer was pulled from his horse and fell heavily to the ground“ 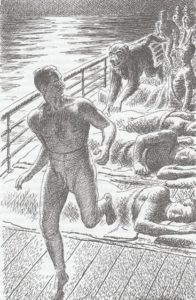 “I sped around the stern of the ship, the baboon after me, in turn followed by dozens of men, all eager to get their hands on him”

In 1899, when Hilder was told of the coming war in South Africa, he took the opportunity to volunteer. He arrived in Cape Town in March 1900 as a trooper in the 1st Canadian Mounted Rifles but after six months his regiment returned to Canada. The Canadian government decided in January 1902 to send a second contingent of Mounted Rifles to South Africa. Hilder joined this time as a Corporal due to his previous experience. His unit was sent to the western Transvaal where it was used in the drives against De la Rey in the closing stages of the war. After peace was declared Hilder’s squadron was shipped out of Durban in June 1902.

Hilder’s writings are rare accounts of the Canadian action in the war as seen from the perspective of the mounted infantry. No other substantial descriptions of these units have been published, although these men made up over 50% of Canadian soldiers recruited to serve in the war. 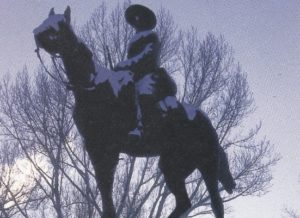 Hilder’s language is clear, well written and often humorous. It is certainly not a dry account of battles and logistics. There are extremely few errors in his account, and all of the detail fits in well with that recorded in other descriptions of the war. Hilder’s work undoubtedly provides a new generation of scholars in Canada and South Africa with insights into how the soldiers on the ground felt about the fighting that surrounded them.

On the 19th, our 2nd Troop was called out again for reconnaissance duty and, being numerically the strongest, had to do the advance guard going out and the rear-guard returning. We had no officer to look after us so Corporal Herriot paraded us to the Colonel. Colonel Lessard asked Corporal Herriot what the parade was about. He was told, in a few words, that our Troop, numbering twenty all told, was perfectly willing to continue fighting, but we wanted capable N.C.O.’s and an officer in charge of us, whom we could trust, but it was unfair for us to do all the dangerous work when the N.C.O.’s remained in camp11. The Colonel asked Corporal Herriot if he and his men were willing to continue if the regiment were re-organized. Corporal Herriot replied that, under our enlistment oath, we agreed to serve six months, one year or longer, if required. He further said, he did not think we should be sent back to Canada when experienced mounted men were required so badly. He then mentioned the action of 7th November, in which we had lost our troop officer, two men wounded and five captured. Colonel Lessard replied that he was going down to Pretoria the following day and would decide what was to be done on his return.

Our 2nd Troop had seen more action than any other troop in the Regiment, it had been on the march for nearly eight months. Two men had died in hospital, two officers wounded, six men wounded and five taken prisoner and yet we were still fifty percent of our original strength on enlistment and twenty-five percent of the entire Regiment of A and B Squadrons. A record to be proud of.

Colonel Lessard returned three days later and told us that we had the choice of returning to Canada as a unit or we could enlist in the Canadian Scouts which was to be formed under Lt. ‘Gat’ Howard. Some of the regular .N.C.O.’s would get commissions but none of our officers were remaining. We decided to return to Canada. The new enlistment plan did not appeal to us. We ought that the Strathcona Horse, A, B, C and D Squadrons should be organized into six squadrons and re-inforcements sent out from Canada to keep the newly formed force up to strength. Instead, with the exception of a mere handful, all the Canadian troops in South Africa were sent home. Such folly, when experienced men were so badly needed. But it may have been a question of seniority among the mounted men, Colonel Lessard, Colonel vans and Colonel Steele, all in command of regiments, two would have d to step down. This might have been the reason.

A number of men were still wearing beards, many had not shaven for eight months, so orders were given for the men to shave, and there would be an inspection. Private A. Hood was very proud of his beard and moustache, but orders were orders, so he persuaded Private McKelvie to be his barber, but not cut off his moustache, which he kept trimmed to sharp points. McKelvie proceeded with shaving off the beard and then completely snipped off the left side of Hood’s moustache. For some reason, Hood did not realize what had happened until, going to his tent, he was met by loud laughter from his comrades. He assumed that his appearance was so changed with his beard off, until one of the men asked him to look in a hand mirror hanging on the tent pole. Only then did he discover what had happened. It took the efforts of three men to stop him for going after McKelvie with a loaded rifle. Some of the other men remarked, ‘Who hit you in the face, Hood?” So he had to shave off the other side and, with his hair clipped short, his entire appearance was changed

Professor Morris has published extensively on the prehistoric and early historic peoples of southern Africa but has also maintained an active interest in more modern South African historical events, including the South African War.