Now it is possible to read the actual words spoken and written by a range of men and women from southern Africa’s past – whether immigrant or indigenous, slave or settler, missionary or military, explorer or exile – by joining Historical Publications Southern Africa (HiPSA).

Historical Publications Southern Africa (formerly the Van Riebeeck Society) was founded in 1918 with the purpose of making primary sources available in a readable and enjoyable form to anyone interested in southern African history.

Since then a volume has been published every year, with very rare exceptions. The Society depends for its continued existence on its members, whose subscriptions finance the publications, and its editors who select and meticulously edit its volumes. Society publications have consequently achieved a high academic standard and out-of-print volumes have become valuable Africana.

The Johannesburg Institute for Advanced Study (JIAS) cordially invites you to the virtual book launch of Sol T. Plaatje: A life in letters

RSVP on https://forms.gle/VTg6dgdzpLpjBQ5SA to receive the Zoom details. 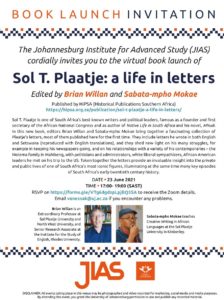 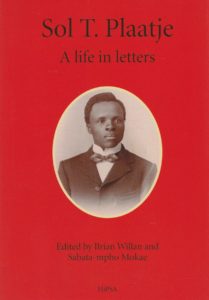 To purchase the volume please contact us by emailing Historical Publications Southern Africa at office@hipsa.org.za. The publication is priced at R390 for non-members of the Society, and R310 for members. To this is added a packing/postage charge of R80 for South African Post Office parcel post, or R110 for dispatch by PostNet/Aramex. Copies can also be collected from our office in the Centre for the Book, 62 Queen Victoria Street, central Cape Town, opposite the Company Gardens. If collected from the office please note that we can only accept cash payment. For collected copies the packing/postage charge is not applicable.

A digital version (eBook) is available at a price of R300 for non-members and R250 for members.

Our most recent publications

Our most recent Softbound reprints

In 2006 we decided to begin reprinting volumes which have long been out of print. That they remain much sought-after is a tribute to the wisdom of the original decision by our predecessors in the VRS to print them. Please note that to distinguish these from the originals, the reprints are quite different in appearance – they are A5-sized paperbacks with light blue paper covers. In no way are they meant to compete with the originals. Their chief value lies in their content, which again becomes available to the public after many decades. If you wish to order a reprint, go to the Reprints page. 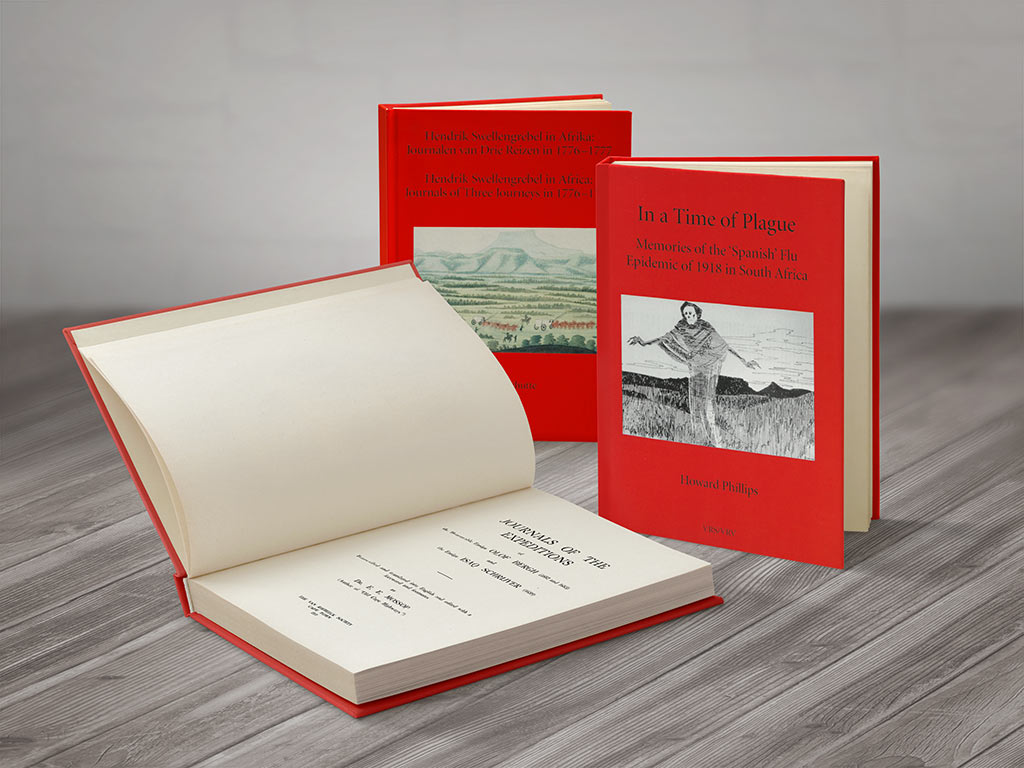 Special Offers to Members Only

In order to create space in our store room, we offer a number of back volumes at a reduced price of R125 plus packaging and postage to members in southern Africa. To consult the list click here.

In addition we have a number of second hand volumes for sale from time to time. To consult the list click here.

Why not join today and take advantage of this offer?