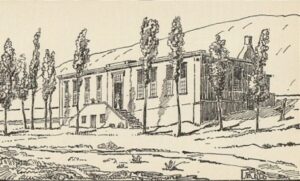 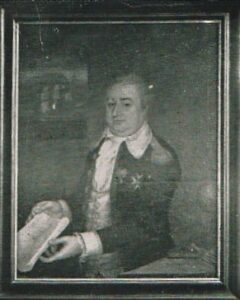 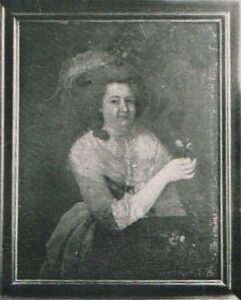 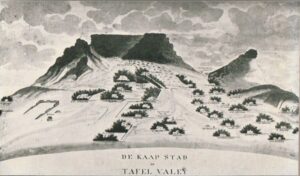 At eight o’clock the ship’s boat returned aboard with a little box of old iron and a letter for me, which I have not answered because it contained requests which would have meant going beyond my orders from the commissioners, and an answer written by me might have compromised me. They seem to be very much at a loss and are afraid to undertake anything. The weather was fine and the wind variable and almost calm. There was lightning on the S.E. side after sunset.

Monday, 28th January, 1793. Since the long boat had not returned aboard last night, I sent the ship’s boat at sunrise to inquire the reason for this and to obtain news from the van Reenens, who had not left as they had planned. I told Mr. de Bock to tell Mr. van Reenen that if he wanted an answer to his letter, he had better come aboard since it was my sincere desire to give him every possible assistance but without compromising myself with the Government at the Cape.

Tuesday 29th. Sent the ship’s boat ashore at sunrise. The wind blew from N. to N.W. A good breeze; the sky covered and misty. At seven o’clock in the evening the boat came aboard with the two van Reenens, who had left Pinard ashore with nine armed Hottentots and three horses to go in search for Barend Freyn. At eight o’clock de Bock came aboard with the tent, all the equipment, two live oxen as well as a carcase.

Wednesday 30th. The wind remained North to N.W. with overcast sky. I let the crew rest for the day, my intention being to look for a place to-morrow where we could get sufficient water for our daily use, since we did not know how long the expedition by land would take. Presumably it will not be for long, for Mr. B. van Reenen does not seem disposed to exert himself nor to expose himself in unfamiliar country.

Continuation of Wednesday, 30th January, 1793. All the time that Mr. B. van Reenen was ashore he did not stir from the tent, not even to go and shoot flamingos and pelicans, of which there were thousands a quarter of a mile from where he was. Yesterday the same Hottentots, numbering fifty, came back again and brought cattle to exchange as they had promised. According to the account given by Mr. van Reenen the Hottentots, after having received payment for the two oxen and five sheep, ran off with their cattle, but Mr. van Reenen, so he says, pursued them on horse­back with Pinard and his Hottentots. They forced them to return the oxen and two others as well. They had fired shots, whereupon all the savages took to flight, very dissatisfied, of course, and after that Mr. van Reenen did not want to risk leaving the shore and prefers to take up his abode on board and entrust the commission of looking for Sieur Barend Freyn to Pinard, in company of nine Hottentots and three horses. It seems very probable that if Sieur Barend Freyn is not found it will not be possible to undertake anything else, for nothing has happened up to the present which does not make one suspect that the Cape Government has been deceived; that they had some plan of their own in view, which is unsuccessful because of the difficulty of coming to an arrangement with the savages; also because, according to the reports of the savages, who are called Namaqua Hottentots, it would be necessary to travel a day or two before reaching a part of the country suitable for shooting elephant and rhinoceros, which would certainly be worth a copper mine. The Poor Dameras, where the mine is from which the mineral came that was brought to the Cape by Mr. van Reenen, is said to be eight days’ journey from here, and the Rich Dameras four to five days further North. ‘According to this information I believe that Mr. B. van Reenen ought to have gone in search of that mine himself, since we were sent expressly for that purpose. Well, I fail to understand anything of his plans. Presumably Barend Freyn has looked better after his interests than his partner. Nothing remains to be done but wait for the return of Pinard in order……