With introduction and editing by Prof. Vernon S. Forbes. Translated from the Swedish by J. and I. Rudner.

A Voyage to the Cape of Good Hope towards the Antarctic Polar Circle Round the World and to the Country of the Hottentots and the Caffres from the year 1772-1776. Volume II 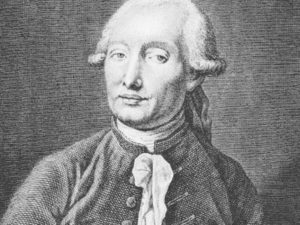 The young Swede, Anders Sparrman (1748 – 1820), was the first traveler to give an extended and readable account of travels into the interior of the Cape, between 1772 and 1776. As a student of Linnaeus, he was particularly well qualified to explore the rich floral heritage of South Africa. Although he trod familiar paths, his fresh and lively comments offer valuable insights into life in Cape Town, into the flora and fauna of the interior and the indigenous people whom he encountered.

In the first volume (VRS Vol II-6) he traveled east to Mossel Bay, along the Langkloof Valley and into the Tsitsikamma forests.

In the second volume of Sparrman’s travels, Sparrman completed his journey through the eastern parts of the Cape, eventually reaching the Fish River. He became increasingly interested in the indigenous Khoi and Xhosa people whom he encountered, commenting extensively on their lives, and the volume includes ‘Hottentot’ and ‘Caffre’ vocabularies. Apart from its botanical and zoological value, Sparrman’s work contributed significantly to our knowledge of eighteenth-century black society. 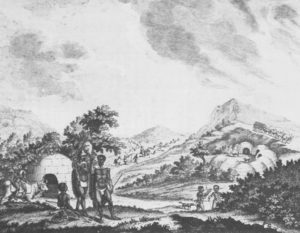 Prospect of the Country at the Cape of Good Hope

Camping on the banks of the Little Fish River, Sparrman describes searching for Hippopotamus or ‘sea-cow’ , as he calls it. Amongst other things he describes hunting lions and the interesting aspects of the life of an ostrich. 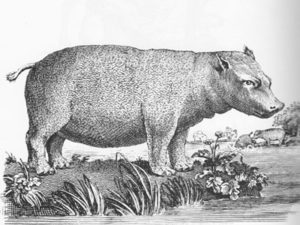 Extract from the Text

“On the 21st at nine in the morning we left the pool at Quammedacka, which we had by this time drank dry, and arrived at noon at Little Visch-rivier, where we again made our camp. We here found a herd of spring-boks, a couple of which we shot. At five o’clock this morning the thermometer was at 52 degrees, at twelve at 82, and at half past three at 95 degrees. The evening was very much overcast. In this tract of country there was a great drought on both sides of the river, but still greater farther on towards the north, where the soil was more gravelly, and produced a greater quantity of succulent plants. In the spaces between these, besides shrubs and bushes, there was sometimes to be found a little dry grass; every where else, the ground was as dry and bare as a high road with a clayey bottom. Between ten and eleven o’clock at night, we heard the roaring of a lion; and though it only roared twice, the animals we had with us were very restless the whole night throughout.

On the 22d December early in the morning, we crossed Little Vischrivier, it being supposed, that where we then were, it would not be so well worth our while to go in search of the hippopotamus, or sea-cow, an animal that is bigger than the rhinoceros, and lives both in the water and on dry ground.  This, in fact, having seen the rhinoceros, was what I now chiefly laid out for.

Between nine and ten o’clock, being on our march, we saw two large lions. They were about three hundred paces from us, in a little vale. The instant they perceived us, they betook themselves to flight. Being very desirous to have a nearer view of these animals, we rode in pursuit of them, all the while shouting and calling out after them. Upon this they mended their pace till they got down to the side of the river, which we had just crossed, and there bid themselves in the thickets. Urged by their curiosity, two of our Hottentots likewise followed behind us, one armed with a couple of hassagais, and the other with a gun. We ourselves were without any arms whatever, but I imagine we ran no risk in this chase, as we could easily have turned back and fetched our arms, in case the lions had thought proper to pursue us. In running they had a kind of sideling pace, like that of a dog, accompanied now and then with a slight bound. Their necks were all the while somewhat raised, and they seemed to look askance at us over their shoulders. One of them had a mane, and consequently was a male; but both of them were nearly of an equal size, and seemed to be considerably higher and longer than our saddle-horses, which were of the size of common horses. Neither our horses, nor several gazels which were on the spot, seemed in the least afraid of these lions, though they were as near them as we were. As the lion seldom or never attacks his prey openly, it seems that he does not strike the other animals with any high degree of terror, except when they take the scent of him, which nature has rendered highly disgustful to them.

This day likewise we scared a male ostrich away from its nest, which was in the middle of the plains. This nest, however, consisted of nothing but the ground itself, on which the eggs lay scattered and loose. Hence it follows, that the ostrich does not leave its eggs to be hatched by the sun, but likewise, at least in this part of Africa, sits upon them herself: we may also infer, that the male and the female sit upon them alternately. The Hottentots too assured me of this fact, which has hitherto been unknown to naturalists.

So that Thevenot is in the right when he asserts, that the ostrich lives in monogamy, or with one female; though he is quite alone in this assertion: and the practice is contrary to the custom of the larger kind of birds………………………………” 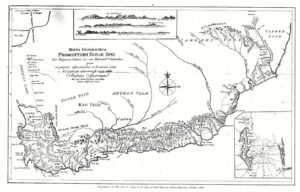 Maps of Sparrman’s two Journeys interpreted from his Journals