Andrew Smith and Natal: documents relating to the early history of the Province

Andrew Smith and Natal: documents relating to the early history of the Province 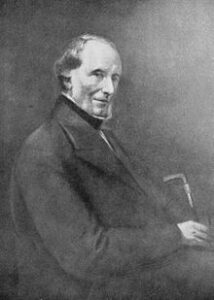 Sir Andrew Smith after he received his knighthood in 1856 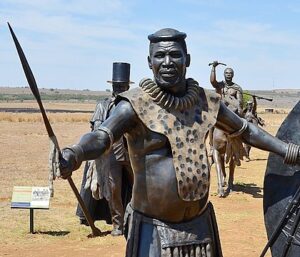 In 1832, Dr Andrew Smith was asked to lead a secret expedition to Dingane but no doubt, acting on instructions, had endeavoured to create the impression that his journey to Natal was being undertaken for scientific purposes only. Smith undoubtedly realised that Natal had a great future, although his opinion was not shared by those then in authority.

Smith’s visit to Dingane, the dairy of which is published in this volume, influenced the course of South African history in several directions. Smith had as a member of his party a young man of Dutch descent named Hermanus Barry who was enthralled with the beauty and the potential when they visited Port Natal. It is believed that his views reached the Uys family in Uitenhage (Piet Uys the Voortrekker) and influenced their decision to trek to Natal in 1836.

In the early part of 1834, several merchants in Cape Town drew up and signed a ‘memorial’ to be transmitted to His Majesty petitioning that steps should be taken for the setting up of a “Government establishment at Port Natal, with an adequate military force for the protection of the trade with that place”. Nothing came of it until 1842 when the Colonial Office eventually decided to form a colony in Natal.

On several occasions he was sent by governors on missions to visit indigenous tribes beyond the frontier. During these missions he was able to indulge in his interests of natural history and anthropology.

In 1830 a deputation from Dingane, king of the Zulu’s, arrived in Grahamstown with a message to the effect that he wished to enter into trade with the Colony and to receive a missionary who might instruct his people.

Sir Lowry Cole asked for official permission “to send some person in whose judgment I can place full confidence, and one who can have no interested motive for deceiving the Government, to ascertain the real wishes of Dingaan, the Zulu Chief, as well as the nature and capabilities of his country.” 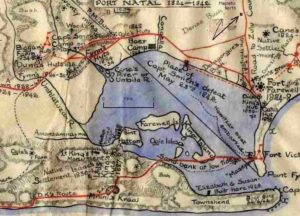 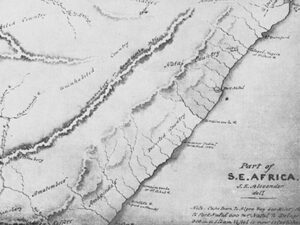 The text of this volume includes an account of his visit to Dingane and notes on the different tribal groups which he encountered, the Cape Town Merchants’ Memorial of 1835 and some of the records of the South African Land and Emigration Association.

[It is] not permitted to spit, cough or blow the nose in his presence whilst he is eating; punishment for doing either the one or the other, death.

There is a woman living in Dingaan’s kraal who was intended for the wife of his father who never had connection with her. Dingaan calls her his mother, and she can never have connection with anyone. She lives with the king.

The Zoola men allow their finger nails to grow to a very great length, and they pride themselves in keeping them very clean; sometimes an inch and a half long, the thumb ones in particular. They wear the gall bladder of a sheep inflated and attached to the hinder part of the head ring; the gall bladder of black cattle stuffed with fat round the arm. They sprinkle the bile over the body, and drink a little of it. When old men throw away the stuffed bladders others hang them up in their houses and others burn them. They think that by so doing they will have good luck and become possessed of many cattle.

When a woman has a difficult labour they tie a string round each ankle and put it out through the house. Then people pull at it till she is delivered. When delivered a charcoal fire is kindled behind the house and roots burned upon it. The child is then drawn through the smoke every day when washed until it can walk. When a woman is pregnant she goes to the doctor and gets a root which she boils and carries about with her. She drinks a little of it till the child is born, then ceases herself and gives it to the child. When labour is tedious they often kill a cow and the moment the cow falls they say the child is brought forth. The doctor sometimes says that during tedious labour the spirit of the woman’s father or brothers want more cattle, and then the husband must pay more cattle. Umbilical hernia is very common.

When going on to attack they advance in divisions in eschellon [sic]. When the first comes into action the second rushes up and so on. They have three sorts of noise they make in rushing on the enemy, one ‘biz-biz’ through the teeth like to a hive of bees in their flight, another ‘hish’ like to the sound arising from heavy drops of rain falling plentifully upon a dense foliage, and the third a tremendous yell. The ‘biz’ has the most depressing effect upon the spirits of listeners.

When Dingaan leaves the spot where he may have been sitting, the people near where he passes rise up and stand half stooping as he passes and say ‘Byatt’. A party immediately falls in behind him and follows him at a little distance as far as the gate by which he enters to his houses.

A woman was killed by order of Dingaan because she would not marry a man to whom the king had given her. Dingaan assumes the right of taking any man’s daughter and giving her as a wife to any man he chooses without any return. The regiment of women named ‘Englishmen’ were ordered to marry by Dingaan.

The Umtetuas were governed by Tingaswau. Small pox appeared amongst them and destroyed many of them about 16 years ago. The Umtetuas lived between the Umclateuse and Umfolosi towards the coast.

Several men seen amongst the Zoolas are marked by small pox. Amakinguani, another king who supported Chaka in his claim to the Zoola chieftainship, was afterwards attacked and completely destroyed by him.