This volume contains a collection of various documents relating to the Cape towards the end of the seventeenth century and the beginning of the eighteenth.

It was customary for retiring governors at the Cape to draw up a report for the guidance of their successors and likewise for visiting commissioners to leave behind instructions for the observation of the governor and administration. Included in this volume are the instructions that Simon van der Stel issued for his son Willem Adriaan who succeeded him in 1699, as well as the report of commissioner Joan Simons who visited the Cape in 1709.

Simons, in his instructions, had much to say about the legal procedures and the laws which pressed heavily upon the colonists. He felt that if the colonists, who had been burdened for many years by useless and odious laws, could be relieved of these, the government would gain their loyalty.

The third document is a letter written in 1707 by Mr John Maxwell who had resided at the Cape for a short while. His letter is devoted to a description of the Khoisan. 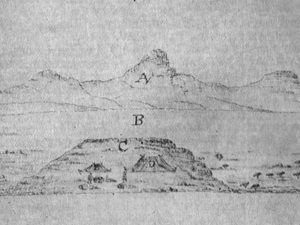 The next two papers give us descriptive accounts of trips to the Hot Springs (today’s Caledon), the first in 1709 by Captain van der Laan (written by Willem van Putten) and the second by Commissioner Cnoll in 1710. The diarist in both cases has jotted down several observations of the journey including manners and customs of the Khoisan, names of wild animals met along the way and the many coloured wildflowers in the veld, especially the “sevenjaartjes”. 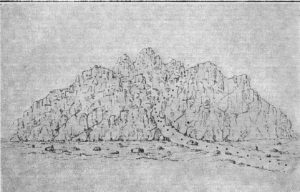 The last four documents are extracts from the works of well-known voyagers who touched at the Cape including William Dampier (1691), Rev. J. Ovington (1693) and Captain Beeckman (1714) .

[….]  The next description which I come to, Secondly, is of the Ancient Inhabitants of this Promontory, in what relates to their Nature and Customs. They retain the vulgar name of Hotantots, because of their constant repetition of that word in their hobling Dances.

There is a vast difference between the nature of these People that dwell upon this place, and the Country they Inhabit; for of all parts this affords a Dwelling most neat and pleasant, and of all People they are the most Bestial and Sordid. They are the very reverse of Human kind, Cousin Germans to the Halalchors, only meaner and more filthy; so that if there’s any medium between a Rational Animal and a Beast, the Hotantot lays the fairest Claim to that Species. They are sunk even below Idolatry, are destitute both of Priest and Temple, and saving a little show of rejoicing, which is made at the Full and the New Moon, have lost all kind of Religious Devotion. Nature has so richly provided for their convenience in this Life, that they have drown’d all sense of the God of it, and are grown quite careless of the next.

They are more Tawny than the Indians, and in Colour and Features come nearest the Negroes of any People, only they are not quite so Black, nor is their Cottony Hair so Crisp, nor their Noses altogether so fiat. For Nature pleases herself as well in the variety of Individuals of the same kind, as in a great number of Species of all sorts of Animals.

It might seem here a rational Conjecture for the reason of the Negroes Blackness, that they are burnt by the Sun’s Beams, which we experimentally find tinctures the fairest Complexions, when it comes near them, which recover again by withdrawing to a cooler Air. And therefore that those who are most expos’d to the Sun’s Heat should always be the Blackest. For Blackness and Whiteness are not suppos’d natural to any People whatever, ‘tis presum’d to be the effect of the Climate, because those that are Fair by living a long time under or near the Line, shall in two or three Generations, as ‘tis affirm’d, become tawny and Black, tho’ they Marry only with fair People. But methinks there is something in Nature which seems to thwart this current opinion. For under the same Parallels are People of quite different colours; as for instance, the Hotantots, who live between thirty four and thirty five Degrees are Black; the Inhabitants of Candie who are under the same Elevation of the Pole, are White. The People of England are white, and the Natives near Hudson’s Bay, which is as Cold and Northerly a Climate, are Black. And neither the Colony of the English near Hudson’s Bay, nor the Dutch at Cape Bone Esperanse receive any alteration in their Colour, but are fresh and fair as in Europe, and yet the Natives in both parts are Olive-colour’d. Some are apt to ascribe this to the Air and Climate or Earth, which in some places produces Patagons, who are Giants, as in other, Pygmies; but this seems weak and unaccountable. Others resolve much of it into the effect of Food and Diet, which I believe may be of some power, and efficacy in this matter upon this Account. Because at Suratt, I observ’d a young Indian very Black, taken into the English Service, who by tasting Wine and Eating Flesh, grew paler sensibly than he was before. The strong Aliment by a frequent mixture of its lively Juyces with the Blood and Spirits, which for a long time had been kept low by a Phlegmatick Nourishment, did actuate and purify them by degrees, and thereby shew’d in some time the effect of their fermentation by a faint Varnish upon the Face. Besides, it is a Remark of the Ancients, but not methinks very sound, whereby they took notice, that ‘tis the Humidity of the Elements, which defends the Indians against that action of the Sun, which burns the Complexion of the Negros; and makes their Hair grow like Cotton; whereas some of the Indians, whose Hair is long and uncurled, live as near the Aequator and endure as intense a Heat as the Hotantots and several Negroes of Africa, whose Hair is crisp and frizl’d. And therefore something must be added besides the Sun’s Heat, for distinction of Complexion and of Hair under the same Parallels. Lewenhoock observes that the Blood of the Negroes is of a different Contexture from ours. And Malphigi observ’d a small Membrane not transparent between the Cutis and Cuticula, which caus’d the Blackness.

The Hotantots are as squalid in their bodies as they are mean and degenerate in their Understandings. For they are far from being curious either in their Food or Attire, any further than what they find Nature reaches forth to them. They think it a needless Toil to spend time in dressing of the Hides of Bulls, or in Spinning and Weaving the Wool of Sheep, for Ornaments and Covering to their Bodies. They are satisfied with the same wrought Garments that Nature has clad the Sheep with, and therefore without more Labour or Art, they take them from the Backs of the sheep, and put them presently upon their own, and so they walk with that Sheep-Skin Mantle about their Shoulders, or sometimes thrown like a Hood over their Heads, which seem to be the Ancientest Garments, according to Gen. 2. 21 unto Adam and his Wife did the Lord make Coats of Skins. They generally turn the Wool inwards, that the outside of the Garment may defend them from Rain, and the inside from the impressions of Cold. The Ornaments about their Heads are small Shells, or little pieces of Lead or Iron fasten’d to their frizl’d Hair, […]