This volume of Livingstone’s writings, which predates his travels, is concerned primarily with South African racial and missionary affairs as well as comments on traders. His bitter prejudice against the Boers emerges clearly, as do his conflicts with other missionaries, but his insights into local societies are nonetheless revealing 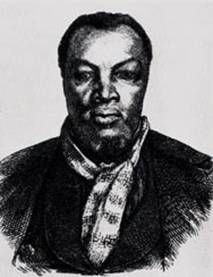 carried on previous to the commencement of my mission, and petty wars were of frequent occurrence. But wars ceased, and a brisk commerce was soon established with the colony, and trade was carried on in security not only in that and the adjacent tribes, but it was extended to tribes 8oo miles beyond the Bakwains. The latter field is called the region around and beyond Lake Ngami. Now, the path to this distant region has been dis­covered in its entire course by Englishmen, and no portion of it runs through the country occupied or claimed by the Trans-Vaal boers. The mission stations of Kuruman and Kolobeng are situated on this path, but both are about 100 miles west of the hoer territory. In addition to the traffic carried on by Englishmen in the region beyond Kolobeng, many English gentle­men availed themselves of our route in order to enjoy sport among the large game with which the country abounds. The relays of cattle of both traders and gentlemen were left in charge of the Bakwains, and my house was used as a depot for provisions in their return trips; and though it be­came necessary to remove the Bakwain town to a distance of eight miles from my house, the provisions of the English were always faithfully guarded even in my absence.

Frequent attempts were made by the Trans-Vaal boers to induce the chief Sechele to prevent the English from passing him in their way north, and because he refused to comply with this policy, a commando was sent against him by Mr. Pretorius, which, on the 3oth September last [sic], attacked and destroyed his town; killed 60 of his people, and carried off upwards of 200 women and children. I can declare, most positively, that, except in the matter of refusing to throw obstacles in the way of English traders, Sechele never offended the boers by either word or deed. They wished to divert the trade into their own hands. They also plundered my house of property, which would cost in England at least £335. They smashed all the bottles containing medicines, and tore all the books of my library, scattering the leaves to the winds; and besides my personal property, they carried off or destroyed a large amount of property belonging to English gentlemen and traders. Of the women and children captured, many of the former will escape, but the latter are reduced to a state of hopeless slavery. They are sold and bought as slaves; and I have myself seen and conversed with such taken from other tribes, and living as slaves in the houses of the boers. One of Sechele’s children is among the number cap­tured,’ and the hoer who owns him can, if necessary, be pointed out.

I beg that it may be particularly observed that the above referred to English path is the only route at present open to the interior of the conti­nent; and that the writer who has the honour of addressing you is exceeding­ly anxious to investigate the local characters of that fever which presents the chief obstacle to beneficial intercourse being established between Africa and the rest of the world. The Trans-Vaal boers having blocked up the path, I have been subjected to the very great annoyance and inconvenience of remaining at Kuruman during the last four months; and until the rains will enable me to proceed by a still more westerly path than that which has most unjustly been taken from us.

I have also much to complain of in the wording of the treaty, and still more in the verbal admissions of Mr. Commissioner Owen. The entire country north of the Vaal River is unceremoniously handed over to a small company of men, who may be described as the analogues of the bush-rangers in New South Wales. They are known as the enemies of the English generally, and of English missionaries particularly. They are well known to have been carrying on the slave trade for years past clandestinely; and to hand over the whole of the tribes to such, and at the same time ignore the rights of English residents; and the interests of English com­merce was certainly most un-English policy. The Trans-Vaal boers uni­versally declare that when they asked what was to be done with missionaries, Mr. Commissioner Owen replied, “you may do as you like with them.” They proceeded to the destruction of Kolobeng and the plunder of my house, in the belief that Mr. Owen had actually given them permission so to act; and though it is difficult to believe that Mr. Owen could be so incautious, the existence of the belief, and their threats to treat Kuruman and all other mission property in the same way they did Kolobeng, merits a disclaimer at least from Government.

In conclusion I beg leave to present my claims for compensation from the Trans-Vaal boerish republic to Her Majesty’s Government; and I do so on the public ground, that the demand for such compensation is the only means by which free access to the interior by our own path can be secured,