Friendship and Union. The South African Letters of Patrick Duncan and Maud Selborne 1907–1943

Friendship and Union. The South African Letters of Patrick Duncan and Maud Selborne 1907–1943

This volume, published a century after Union in 1910, tells the story of the first decades of the new state. The narrative unfolds through letters exchanged weekly by two interested commentators: Scottish-born Patrick Duncan, who was initially a member of Milner’s famous ‘Kindergarten’ of young British civil servants, and who became a respected politician in the new Union. His career culminated as South Africa’s first local Governor-General. He corresponded for thirty-seven years with Maud, Lady Selborne, who was married to William Palmer, Earl of Selborne the successor of Alfred Milner in South Africa. She, a feisty feminist and a fascinating character from a patrician background, developed a lifelong friendship with Duncan, 12 years her junior, around their shared preoccupation with South Africa. 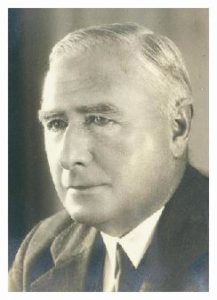 The letters support the view that the first constitution of the Union of South Africa was deeply flawed, although in 1910 the ‘first new South Africa’ seemed almost miraculous. Bitter enemies agreed to start afresh and painful negotiated a new constitution, using the finest international models. Apolitical leadership emerged preaching reconciliation; change had to be accepted and worked at every level; new symbols of nationhood were painfully evolved. Almost at once, the legitimacy of the state was challenged in the strikes of 1913 and 1922 and the rebellion of 1914. The letters help to show how, by 1943, South Africa had emerged as an independent nation within the Commonwealth alliance. 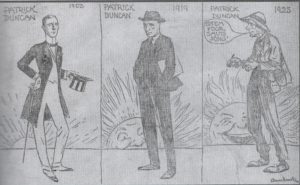 In 1925 General Smuts declared at Ventersdorp that the Unionists were being “Africanderised by the sun”.  The artist shows what the effect of the process may be in the case of Patrick Duncan 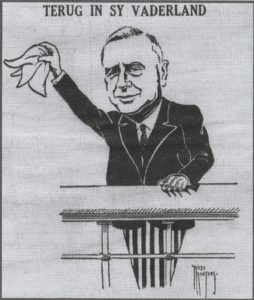 Duncan was a member of the Union Parliament from 1910 to 1936, first as a member of the Unionist Party, then of the South African Party (SAP) and its successor the United Party (UP). He was a Cabinet Minister in the SAP administration from 1921 to 1924, and in the UP administration from 1933 to 1936. He was crucially important in the conversations in 1933 leading to the agreement between the National and South African parties to combine as the United Party (UP). His Scottishness appealed to Afrikaners though he was vilified by english loyalists of Natal who believed he had sold out the empire.

When Prime Minster, General Hertzog nominated him in 1937 as Governor-General, the first South African citizen to hold the office. Although widely respected and above party politics, he made himself controversial in 1939 by refusing to call a general election on the question of whether or not the Union should enter World War II. Hertzog wanted to stay neutral but Parliament supported his deputy, General Smuts, who proposed to declare war. Hertzog resigned and Smuts became prime minister and led the country into war, and political re-alignments followed. Sir Patrick Duncan died in office, in 1943. 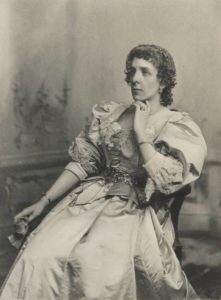 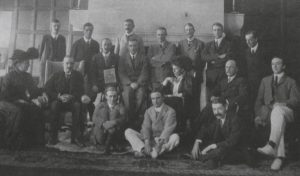 Sir Patrick Duncan was born in 1870 in Scotland and studied law. In 1901, during the Anglo-Boer War (1899–1902), he was recruited by Alfred Milner, to join a team of young administrators – later known as “Milner’s Kindergarten” – to govern and anglicise the British-occupied Transvaal. In 1905 the Earl of Selborne succeeded Milner as High Commissioner for South Africa . This is when he and Lady Maud Selborne, first met.

In 1907 the British Liberal government had decided as a priority that the ex-Republics, reconstructed and modernised after the war of 1899-1902, should be returned to self-government. Lord Selborne stayed on as Governor and, although remaining loyal to the British government, co-operated with the administration of General Botha’s Het Volk goverment which was an additional factor in reconciling the Dutch and British communities in South Africa. At this point Patrick Duncan changed his career, opting for law and politics. He practised as an attorney from 1907 to 1910 in Johannesburg, and joined the Progressive Association in opposition to the Het Volk government. He became a legal adviser to the Transvaal delegation to the 1908-1909 National Convention that drew up the South Africa Act that established the Union of South Africa in 1910. 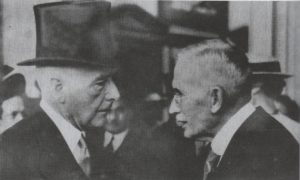 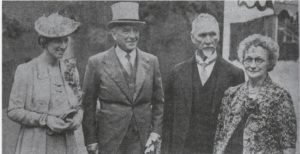 This volume, published 100 years after the inauguration of the Union of South Africa, has concentrated mainly on Duncan’s letters which give an extraordinary record of parliamentary politics and events as the Union – the first ‘new South Africa’ – was negotiated and took shape after 1910.

You seem to be in a fine storm on the Rand. I suppose your constituents have been giving you a somewhat uneasy time. They seem to have an inclination to militancy out there too. I feel rather resentful at the different tone the newspapers take when outrages are committed by men or women. It was reported today – I don’t know whether truly – that the miners had blown up part of the power station – not one paper even noticed it – it was an incident which might happen in any strike. But when a militant [suffragette] burns down a stand on a racecourse, they all have leading articles about it, and say how completely it proves that women are totally unfit to be trusted with any political power. It is rather depressing to find the white miners so discontented. I go back to my old song and say houses, wives, children are the best remedy; but bless you the mine owners won’t listen to us. They are just the same here. They will not spare a little bit of their brains to think how they might make their work people comfortable. …

I am afraid this will have to be a very hurried letter. We are still in the strike centre. A railway strike is the next thing. The men, or rather some of their leaders, are concerned by the ease with which the miners got everything they wanted by a sort of panic intervention of the Government, and they naturally think that the same weapon can be used to redress their grievances – of which I think they have more than the miners. I and a few other moderate-minded persons went over to Pretoria on Friday and Saturday and saw the men’s executive and also some of the Govt. Sauer is acting Railway Minister and he is in bed with bronchitis. Botha is explaining to his constituents the precise reason why he quarrelled with Hertzog. It does not seem to become any clearer by repetition. Fischer is on his way to England. So is Burton. The Government therefore at present consists of Smuts, Watt22 and Malan. Smuts is in a most unpromising mood for dealing with a situation like this. He feels that people are saying with some justice that the Govt surrendered to the mob in Johannesburg and is in a very bad temper over it, and is quite likely to go to the opposite extreme with the railway men just to show that the Govt is not in the weak state that its critics allege. This is the sort of mood which deals with disaster, and of course the other two ministers are ciphers compared to him and not likely to be able to exercise much influence on him.

Today Mr Hosken23 has plunged in and called together a large gathering of citizens to discuss matters and their idea seems to be to announce to all the world how they would deal with the crisis if they were the Govt. I must go to it and try to prevent them from making fools of themselves.

I have been harried by various people all day and it is now closing time for the mail. Things do not look hopeful. People here are in mortal fear of another strike because they think the natives will become unmanageable and terror is a bad counsellor.

Her publications include From Empire to International Commonwealth: a life of Lionel Curtis; and works on Ireland, Sudan and imperial historiography.