Isaac Williams Wauchope (1852-1917) was a prominent member of the Eastern Cape African elite in the late 19th and early 20th centuries. Like many members of the Xhosa elite, Wauchope was a man who straddled two worlds. A teacher, a court interpreter and finally a Congregational minister, he was the third generation of a family which had been early converts to Christianity. He bore the strong stamp of colonial culture, religion and mores. 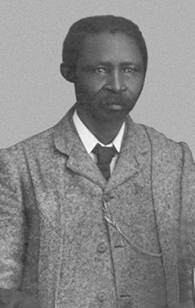 Yet, at the same time, this very acculturation gave him the means and confidence to challenge some of the graver inequities of colonial rule by using its own instruments, literacy, schooling, the legal system and political organization and mobilization. As he urged his readers in his first published poem in 1882 :

‘Lay down the musket / take up the pen /  Seize paper and ink / that’s your shield.’

Through the use of these diverse means, this passionate, committed man strove to win an equal place for Xhosa-speakers in Cape colonial society, firm in the belief that the justness of this goal would see it triumph despite the growing tide of racial discrimination in the Cape from the 1880s.

His prose and poetry, therefore, ranged widely as he sought to give Xhosa-speakers a sense of their rich heritage, both Christian and traditional. 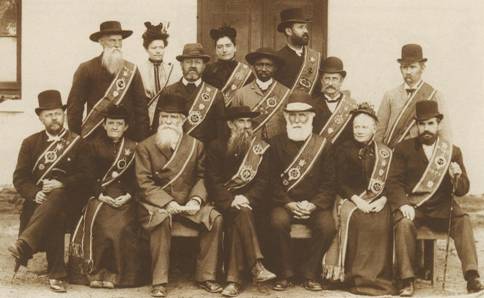 In 1916 Wauchope enrolled as an interpreter in the South African Native Labour Corps, a black auxiliary corps. They sailed for England to support the White troops as non-combatants on the front during the First World War. He left Cape Town for England aboard the SS Mendi to serve in France. Crossing the Channel,  Mendi was accidentally rammed by a cargo ship Darro and sank killing, amongst others, 616 Southern Africans of which Wauchope was one. Oral history records that the panicked men met their fate with great dignity being calmed by the words of Wauchope who was later identified by the press as a hero of the Mendi tragedy. 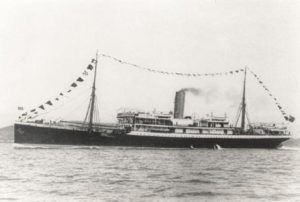 This volume assembles a selection of Wauchope’s writings, in English and in Xhosa, reflecting his turbulent life. It provides remarkable access to the public and private world of a generation of African intellectuals who sought alternative channels of resistance to white control by shifting the ground of contest from the battlefield to the political arena.

…On 20 February 1917 the ship Mendi left England to cross the straits known as the English Channel, between England and France. Everyone thought they were beyond enemy threat, but danger lurked close at hand. That night was pitch black in the sea fog and the lights were ineffective. At dawn on the 21st a thunderous crash was heard as the Mendi was rammed by another ship, truly gigantic. They could not see each other. The Mendi was pierced in the side, and a huge fissure was opened through which the water poured in, eliminating all hope of saving her. The other ship struggled to rescue those who were drowning, but the confusion of darkness and war hampered the effort.

Reader, observe the frantic thrashing of people trying to save themselves! Danger of this sort was something new: they had no experience of it! Some woke befuddled by sleep and had no idea where to head for safety! It’s said there were too few lifeboats for the crowds on board. Then in an instant the ship went down like a stone! Reader, please observe your boys sucked down into a watery expanse without beginning or end! See them clutch at each other, ignorant of their actions! See them filling that boat there, more weight than it can bear, so that now all the dozens in it are engulfed by the sea! Never forget, reader, the cold of that country, and in water too! Think of the groups in that cold, their manly arms failing, their bodies sinking from sight! Never forget, reader, that the young men of your country worked wonders in that crisis, wonders in rescuing large numbers of white men who were their superiors, and lost their own lives in saving others!

Was there ever such a sacrifice? Don’t shut your ears, reader, to the cry of your country’s children. Does a sacrificial beast not cry because of the pain? Without it that sacrifice would not be acceptable! The cry is a sign that the sacrifice has been accepted. Didn’t our Lord utter a confused cry on Golgotha? Today that rock juts over the whole world.

But wait! Please do the right thing, my friend, my reader. Where exactly is the son of Citashe at this juncture?

Those who were there say the hero from Ngqika’s land, descended from heroes, was standing to one side now as the ship was sinking! As a chaplain he had the opportunity to board a boat and save himself, but he didn’t! He was appealing to the leaderless soldiers urging them to stay calm, to die like heroes on their way to war. We hear that he said:

Now then stay calm my countrymen!
Calmly face your death!
This is what you came to do!
This is why you left your homes!
Peace, our own brave warriors!
Peace, you sons of heroes,
Today is your final day,
Prepare for the ultimate ford!

Dr Abner Nyamende,  a lecturer in African Languages at the University of Cape Town, has done extensive research in oral literature, especially on folktales and clan names. He has published widely in books, journals and magazines. His poetry anthologies in Xhosa are Imbongi Ijong’ exhantini, Amazwi Amatsha, and Ubuncwane Bosiba. Dr Nyamende first lectured at Walter Sisulu University in the Transkei. He has been with African Languages at UCT now for 17 years.