This volume marked Johannesburg’s centenary and brought to light four early eyewitness accounts of life in the mining town between 1888 and 1909. The four journals included are:

‘All the World Around!!! with pencil, pen and camera’;  by Charles Du-Val

‘Sunrise and Advancing Morn: Memories of a South African Boyhood’; by Thomas Adlam

Excerpts from the memoirs of William T. Powell.

The Du-Val articles are contemporary accounts written in 1888, when Johannesburg was a mere two years old. Charles Du-Val was a professional actor, journalist and author, and a man of forty-two at the time of writing his articles. He travelled through South Africa, performing, observing and writing about his experiences. He was thus a visitor to the town who was a shrewd observer of human behaviour. His series of four articles was published in the Weekly Irish Times in Dublin and gives his impressions of life in early Johannesburg. 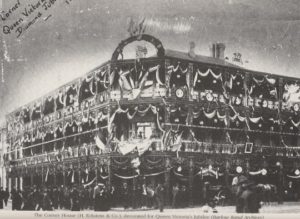 Thomas Adlam was born in South Africa, and his father was the first curator of Joubert Park in Johannesburg. His account of his early childhood in Johannesburg has a youthful, charming innocence. It focuses interestingly on life in Joubert Park, the Marist Brothers’ School, and important local events, such as the dynamite explosion, the 1897 Jubilee, the departure from Johannesburg by the refugees before the war, and the festivities in honour of the coronation of King Edward VII. 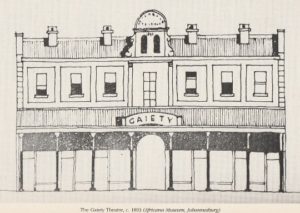 The Gaiety Theatre, Johannesburg in the 1880’s 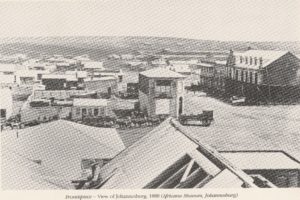 The Bright Letters are also contemporary accounts but cover the interesting period from 1902 to 1909. Edmund Bright was an American bachelor, who associated mainly with fellow Americans who were either in business or belonged to the elite group of American mining engineers in Johannesburg. He led a sophisticated social life, consisting of a round of dinner, theatre and tennis parties, and baseball games. 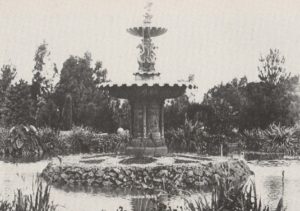 William Powell, an Englishman, was twenty-two years of age when he arrived in Johannesburg in 1902, and his stay was fairly brief, just over a year. Powell lived a quiet and humble life and saw a rough-and-ready Johannesburg through the eyes of an artisan who worked for carriage builders. By night, he moonlighted at Gaiety Theatre as a flyman where he gained an interesting insight into early Johannesburg theatre. He was present at the opening of the racecourse and advised punters to back the jockey and not the horse.

EXTRACT FROM THE TEXT (Memoirs of William Powell)

– – We arrived at Park Station in Johannesburg at about nine o’clock on the 15th of October, 1902. We were expecting to go through the customs, but they hardly glanced at us. When we were on the train, the soldiers told us to take all the army blankets that we wanted but, as we expected to go through the customs formality, we declined the offer, not wishing to be found with Army blankets. I wished I had taken a couple, as I could have made use of them later.

From the station to the built-up part of the town, you had to go through a sparsely built section at that time. After checking our baggage, we set off to scour the town for a job. There was very little doing, as we soon found out.

Wevell Brothers was the largest firm in town. Bill Russell and I went in there, but he said, ”You try first, as I would rather work elsewhere, if possible.” I stepped in and asked the foreman, if he needed a body worker. He wanted to know where I had worked before. When I told him I had just landed, he  said no,  he had no openings,  but that he knew that a man was needed at Krugersdorp. That was about twelve miles out of town and there were no means of transportation. Then he caught sight of Bill Russell and said hello to him, and told him he could start at once, if he wished.

We left Wevell Brothers and went up to the restaurant. It was called the Standard. It was across the street from the Standard Theatre. They opened for two hours, three times a day for breakfast, dinner, and supper. lt was table d’hôte. You could eat till you burst and then pay one shilling and sixpence as you went out. It was the same price, if you ate nothing.

Well, I did not burst, but I do not think they made any profit on my first meal there. I loaded up to capacity, as I knew I had only enough money for three loaves of bread, and two or three pennies left. (Incidentally, I put them in the plate at church . I noticed they looked at me as I did so, but at that time I was still financially embarrassed). I tried to buy a penny banana from a coolie fruit peddler. He shouted at me, and I never tried to spend pennies again.