The nineteenth century witnessed a flourishing of Christian missionary endeavours in many regions of Africa, and nowhere were the breadth and eventual effects of this interdenominational undertaking more evident than amongst the Zulus of Natal and Zululand. 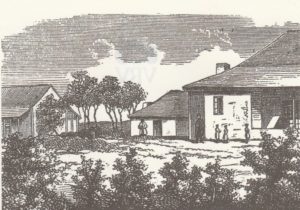 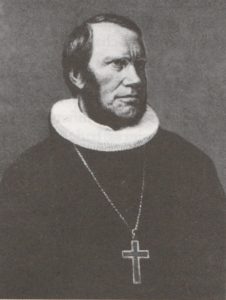 The letters and reports which these purveyors of Christianity and European civilisation sent to their sponsoring organisations in Norway comprise a detailed and rich historical source. Norwegian missionaries were strategically located witnesses to history who recorded their observations and opinions of inter alia Zulu culture and religion, the impact of European civilisation on indigenous life, events surrounding the Anglo-Zulu War of 1879, epidemics and natural disasters, and the nascent Zulu church.

This volume contains a translated and meticulously edited selection of the most revealing of these illuminating documents.

The Norwegian Missionary Society played an instrumental role in this pivotal chapter in Southern African history. During the 1840s it commissioned its first personnel to the Zulus, and shortly after mid-century its dominant figure in the field, H.P. S. Schreuder, established the first permanent stations north of the Tugela. Others soon followed, and conversions began in 1858.

The resulting Zulu Lutheran Church did not experience rapid growth until after the conquest of the Zulu kingdom in 1879. From an early date, educational and health ministries complemented evangelism. After 1889 a much smaller, primarily Norwegian body, the Free East Africa Mission, established stations near Stanger and in burgeoning Durban. 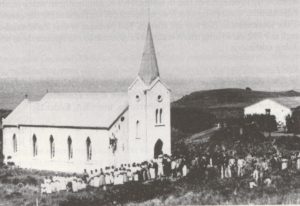 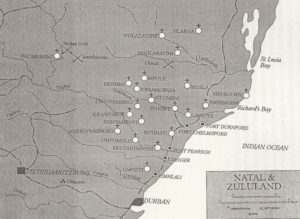 Map of Natal and Zululand indicating position of mission stations

“I came back from the committee meeting on 22 February. On Sunday, 4 March, just as we were leaving the church, we heard a rumour that one of missionary Frohling’s’ converts at the Inyezane station had been killed. A Zulu who had spent the night in the vicinity of Inyezane said that before dawn he had heard two shots. He had soon learnt that they had been fired at an ikholwa [i.e. convert], Joseph, who had been killed because he had been discovered to have been an umthakathi (sorcerer). We soon heard that this Joseph was said to have got jackal poison at Ntumeni (or from me, according to other reports) and sold it to a Zulu, who used it to poison the carrion of cattle that had died of tuberculosis. He had done this in order to kill his chief’s people, namely the wives who eat this carrion in keeping with Zulu custom. Several women had become ill and one had died. A few days later Mr Fröhling wrote to tell us that they had been awakened on Sunday morning by noise when the executioners had simply stormed into the house where their victim lay, grasped and bound him and driven him away from the houses with blows of cudgels in order to shoot him. The missionary had sought in every way to save him and offered to pay however many cattle were demanded — but to no avail. The executioners said they had been sent by the king to murder Joseph and the king’s orders had to be carried out. They took him down to the river, shot him twice, bashed in his skull, threw him into a pool full of crocodiles and collected all of Joseph’s possessions. This case could not but scare the [other] Christians, because if the king had begun to allow people to be sought out, killed and robbed at the stations, then there was no safety for Christians’ lives in this country.

Five days passed and then a servant came running to tell us that Umakamuzela had just been killed! Umakamuzela was not home when I returned from Mahlabatini. He had gone to see his family and one of his brothers-in-law, who had been killed. On the day before his death he had come back and received baptismal instruction as usual. I spoke with him and told him about my request to the king to be allowed to baptise him. He thanked me profusely, because I had told the king that he loved the Word of God: ‘If he now has me killed, I will rejoice in it. I am not afraid. Is it not good to die for Christ’s name? Did he not die for me? He will give me a little place in his kingdom up there The next morning he attended devotions as usual; he was almost never absent, even though he had a long way to go. I then saw him for the last time. At dinner-time he wanted to go over to Chief Umujejane’s kraal. On the way he met the executioners, who immediately laid their hands on him in order to bind him. When he asked why they were going to kill him, they told him it was because he believed and wanted to be baptised. He was happy and thanked God without showing any fear. It is said that he asked for time to pray and they gave it to him. He knelt down and prayed, stood up and said, ’Now I am ready; kill me!’ They hesitated, not wanting to shoot him. It seemed strange to them to kill a man who had done nothing more evil than to believe the Word of God which he had heard. They were afraid that something would happen to them. One of them finally aimed. The rifle misfired, and he said that he did not wish to try again. Finally a young boy shot and the victim fell. ‘He died keeping Sunday, it is said of him; he prayed for all of us and did not show the slightest fear’. Umakamuzela is thus the first person in our Zulu mission to have lost his life for the sake of his faith.

We were happy that no other guilt was ascribed to him. He had not abandoned his chief, king, kraal, or Zulu costume. He wore only a shirt, which many Zulus are no longer afraid to do. His only fault was that he took to heart and believed the message he had heard about sin and grace, a message which we have had permission to preach in this country and which we have always made clear both to the king and the people that it was our work and our lives’ task to preach, so that they might believe. I recently asked the king whether he realised that we missionaries were telling the truth when we said that we wanted nothing more in this country than that both he and his people hear, take to heart, and believe the Word of God so that they would be eternally happy. He declared clearly that he understood that. If God gives me another opportunity to speak with the king, I therefore have some very serious things to say to him.

As far as Umakamuzela is concerned, the Lord has no doubt found a place for him amongst those who are saved and not allowed the hope which he expressed to me on the day before his death to be unfulfilled. His wife was able to hide, so the executioners did not find her. The executioners also looked for a son who works for Brother Nilsen and was getting baptismal instruction, but he and his mother fled to Natal. Under these circumstances it is hardly surprising that our Christians feel uneasy. On the following day — a Saturday— a group of men from the chief’s kraal came here in search of the wife; they said they were not going to kill her but only remove her. It was said that a whole army had assembled in a chief’s kraal nearby. One chap who walked past here had asked suspicious questions of some Zulu boys who worked for us, and fear gained the upper hand. The Zulu boys who worked at the station fled in haste and the catechumens almost left too. In the evening all the women and children streamed into our house and filled the kitchen, the girls’ room and our lounge. All in all there were more than thirty people. Men and boys gathered to keep watch. They were afraid that the army they had heard had gathered at the chief’s kraal would raid the station. We ourselves were quite at ease and thought they had been scared without reason. The next morning passed peacefully and everyone did his normal work until we assembled in the chapel for worship.  “

He has written or edited approximately 90 books and articles. In South Africa, he spends part of every year researching topics ranging from immigration and missions history to social ethics and historical fiction. His interest in the historical proliferation of Christianity in Africa was triggered by numerous treks through parts of this continent.