Reports of De Chavonnes and his Council, and of Van Imhoff, on the Cape

Reports of De Chavonnes and his Council, and of Van Imhoff, on the Cape

Written in Dutch, with translations in English, this volume contains two documents that Dr Theal, one of the most prolific and influential South African historians, characterised as “probably of the greatest importance to the European Settlement in the country.” They are: 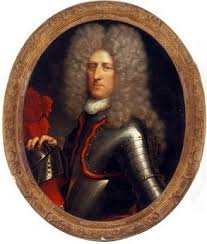 The Governor and his Council were, with one exception, strongly opposed to the further introduction of European freemen, and in favour of the use of slaves, as labourers. This opinion was also expressed by at least two Special Commissioners on their way to and from the Dutch East Indies in 1686 and 1708. It is interesting to read the extremely moderate and modern views of the captain of the Cape garrison, Dominique de Chavonnes in his report, differing as it does from the views of his brother the Governor and the rest of his Council.

In his introduction, Mr J.X. Merriman comments that “...this volume is deserving of study by all who are interested in present­day problems, and in the slow and painful efforts with which we attempt to retrace our steps two hundred years to the sage opinions of Captain Dominique de Chavonnes and Baron van Imhoff.” 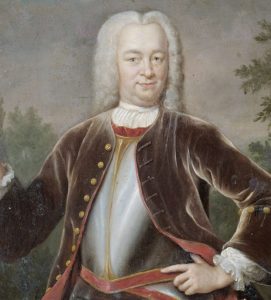 The recently appointed Governor-General of Batavia arrived in the Cape in January 1743 on his way to the Dutch East Indies. During his stay of more than a month he made a tour through the country and on his departure left “instructions” in the form of a report on the Cape for the Governor. It is these instructions that are published in this volume.

The instructions cover many subjects including maritime affairs, exports and trade, planting of trees, land ownership and agriculture in general. He also commented on the excessive pay that artisans receive and makes the following interesting comment:

“I believe it would have been far better had we, when this Colony was founded, commenced with Europeans and brought them hither in such numbers that hunger and want would have forced them to work. But having imported slaves every common or ordinary European becomes a gentleman and prefers to be served than to serve.”

[…] one reckons what has been paid for the small quantity of coal already excavated; what the wagons and transport animals have cost the Company, owing to the great distance over which the coal must be transported; what materials the Company will need, as well as the store-houses, stables, houses, etc., which will have to be erected at the mine; how many workmen will have to be employed, etc. It cannot but prove a loss, and it may also make a great difference to the price, because if coal is sold at the same price as before— as it should be—in order to compensate the Company, about 2 chaldrons of coal, which will have to be fetched in three wagonloads because of the heavy roads, will cost 18 Rix­dollars for transport alone. This would cause the smiths’ prices to rise tremendously. The above ought therefore, for safety’s sake, to be considered in connection with the intention of our Masters to send coal to the Cape. I would in fact respectfully beg them to do this.

As regards the sample of silver, I have nothing to say except that the same measures should be taken in connection with it, as with coal.

Re the matter of increasing the population at the Cape, and whether it would be in the interests of the Cape to do this, I should say that, under the present circumstances, the population ought not to be increased, except by some work­men (to be mentioned below), because with the exception of certain trades, agriculture, which is the only means of subsistence, is already exploited to the full. Even those farthest away can hardly transport their corn and wine hither owing to the mountains and bad roads to be traversed. They have to spend 8 days and more on the journey there and back, during which (including the wear and tear on the wagons and cattle) they spend almost as much as they can make from their produce. Still, a few workmen would be useful here, such as wool-weavers, wool-spinners and hat-makers. In order to set the work going, three or four skilled workmen would have to be sent out; these would in time prove of great convenience to the colonists in con­nection with their slaves, but they would have to be provided with all the necessary appliances for their trade.

With regard to the question as to whether European farm-servants and agriculturists would be cheaper than slaves, I am sure this [viz., the introduction of European labour] would be a most injurious course to adopt. Suppose each labourer’s wage was reckoned at the rate of a soldier’s pay— f9 per month—for he would hardly accept less even for work done by slaves, add to this the cost of his board and further emoluments, and a great difference will be found, as a slave costs annually (everything included) about f40. Set against this the fact that the emoluments of a soldier vary from 8 to 10 gulden, let alone the wages which the Company would have to pay. Further, one will not find Europeans of nearly as much use as slaves, especially in the daily menial tasks; besides it is more fitting that slaves rather than Europeans be used. I therefore think that as the Company would otherwise suffer much loss, it ought rather to use slaves in order to avoid the additional expense, evils and inconveniences.

The suggestions re the planting of coffee, sugar, cotton, indigo, olives, tobacco and flax, I approve of, provided experiments are made in order that we may be better able to inform our Masters of its success. It will be necessary to send experienced men to search for suitable soil and to see where these plants will thrive best. Silkworms should be imported from Bengal as well as from Persia, and white mulberry-trees should be planted to feed them.

It is impossible to say whether hops will thrive here, first because of the strong South-East winds, and secondly, because of the small quantity used annually by the ordinary man and by the brewer.

As regards the question whether it would be more profitable to parcel out the Groene Kloof at so much per morgen, to colonists, instead of leaving it in the hands of the lessees (butchers), I think that the former would raise the price of meat considerably and no purveyors to the Company be obtained unless they had this Kloof as grazing-land. The Groene Kloof is, however, so large, that its boundaries are not as yet certainly known, and the roads and cornfields used by the butchers as their particular domain are not known nor is it known what portion they would yield or would be willing to yield to others. This was clearly shown in a certain report dated 10th February of last year, which was submitted to His Excellency Commissioner Abraham Douglas and the Council. It is therefore highly necessary that a thorough personal inspection should be made of the Groene Kloof, by surveyors and a few commissioners appointed by both the Company and the burghers. After these have Submitted a full report, it would be possible to decide of what use this large outpost would be to the Company.

Owing to the taxing of meat for foreigners, and because the Directors asked our opinions, not only on the above-mentioned points, but also with regard to anything else which might affect the welfare of the Colony, I can think of nothing which would be more beneficial to the Colony than that it should please our Lords and Masters to grant us free trade to Madagascar, Mauritius and surrounding islands, and the East coast of Africa. I think the resulting […]