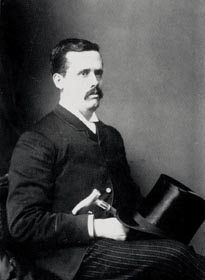 Sir James Rose Innes (1855–1942) was one of South Africa’s leading jurists. This volume deals with Rose Innes’s political career, initially as a member of Cecil John Rhodes’s first ministry in 1890-1893. The political divisions caused by the Jameson Raid forced Rose Innes reluctantly into the loyalist camp. In 1900 he returned to cabinet as attorney-general for the Cape and subsequently was appointed Chief Justice of the Transvaal. Rose Innes was noteworthy as a politician for his sensitive insights into the plight of the country, and for his integrity and moderation, qualities which emerge in his letters.

I have mentioned did not exist I could hardly accept your kind offer on other grounds. I have no personal feeling against Mr Rhodes; I have always approved of his aims in the North, though I have disapproved of the methods he employed to further them. But I little thought that he would ever come to such complete grief owing to those methods. Speaking as a man of English descent, born and bred in this country, I consider the Jameson raid the most lamentable thing which has taken place here in my lifetime. It has brought us to the verge of Civil war; it has greatly weakened British prestige and British influence; it has damaged the cause of the ‘Uitlanders’ incalculably; and it has generally put back the clock for many years. Not only so, but this raid, which was an attack by an English officer with English troops behind the back of the Queen’s Representative upon a country to which the Queen had solemnly guaranteed autonomy, seems to me not only foolish but immoral and wicked. And I consider that the bounden duty of every English Colonist is to disassociate himself entirely from any ap­proval direct or indirect of such a deed. Because he is English this duty is all the more incumbent upon him, for hitherto we have always claimed the distinction of fair play and straight’ dealing in politics as in other matters. And it will be a sorry day for us if we lay down the rule that black becomes white and wrong becomes right if done by an Englishman.

The facts are not all known by the public; perhaps all of them will never be known; but quite sufficient has come out to show that, but for Mr Rhodes, the raid would have been impossible and that officials of the Company of which he was the moving spirit were at the bottom of the whole business. When a man lays a train of gunpowder and puts an agent there with matches, the responsibility of the explosion is with him — whether he knew that the match was to be struck at a certain hour or not. Until therefore Mr Rhodes has satisfactorily explained his position with regard to the raid I cannot think of taking up an attitude which implies that I approve of his conduct and policy in this matter. We must show our Dutch fellow Colonists that we do not sympathise with attacks of this kind upon their kinsmen. I know that many of them are extreme and violent at present; but may I ask what your feelings would have been, and mine, if General Joubert had secretly and without warning led 500 Transvaal Burghers to attack Maritzburg? Would we have measured our words or restrained our feelings? I think not. So let us make allowance for them. The storm, unpleasant as it is, will blow over — if we only sit quiet; and then we must patiently begin again at the work of uniting the two races, which is the true goal of every South African patriot.

I do not care to speak in public at present, partly because I know too much and partly for other reasons. But I hope to make my position quite clear when Parliament meets. And my consolation after twelve years of public life is that even if my friends misunderstand me my political opponents will not. I am more than ever convinced of the necessity of a progressive organization; but beware of proceeding upon race-lines. That way madness lies.

I have written hurriedly and not very coherently, I am afraid. I wish I felt free at the present moment to strike what I feel sure is the right note up on the Frontier. But much good will be done by the discussions in Parliament. Please treat this letter as confidential; but I should be glad if you would show it to Mr Don and my Brother. With kind regards. Yours very truly,

Dear Mr Innes, Please accept my warmest thanks for your telegram and for your letter, received this morning, for which I had been anxiously waiting. It was very good of you to write so fully and I fully appreciate the confidence in me in giving me an insight into your views on the recent troubles and the present situation. I have long been wishing to know what you feel with regard to the whole matter and am still looking forward to your Brother’s return, when I hope to have some long and interesting talks with him. Doubtless he will be able to give me some rather curious items of information of which, as merely one of the public, I am entirely ignorant. I shall duly deliver your message to the Committee forming the League. Their regret will be very sincere on learning your decision; the moral support which would be given by the association of your name would be in­calculable. We cannot however fail to recognise the force and reason of your refusal, whatever our disappointment may be. I shall of course only give the committee as the reasons of your refusal those which you have authorised me to lay before them and shall treat the rest of your letter as strictly confidential.