In the early 1870s, South West Africa (then known as the Transgariep and today as Namibia) was torn by internecine warfare and threatened with impending invasion and colonisation by foreign countries. In desperation, several local leaders requested incorporation into the relatively peaceful Cape Colony, with the promise of equal representation in the Cape Parliament. The Cape Government commissioned Palgrave to investigate, and Palgrave recommended that South West Africa be incorporated into the Cape and its inhabitants granted equal political rights. 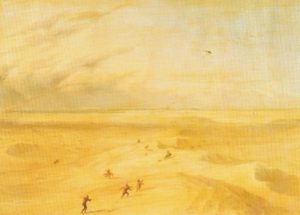 Palgrave’s five missions to Hereroland and Namaland between 1876 and 1885 coincided with and were regulated by the British and Cape authorities’ views with regard to the expansion of imperial interests. The Cape Prime Minister John Molteno concluded that the final decision would depend on the views and wishes of the various nations of South West Africa. A delegation must immediately depart to consult them and report back. Palgrave was appointed as “Special Commissioner to Hereroland and Namaland”. 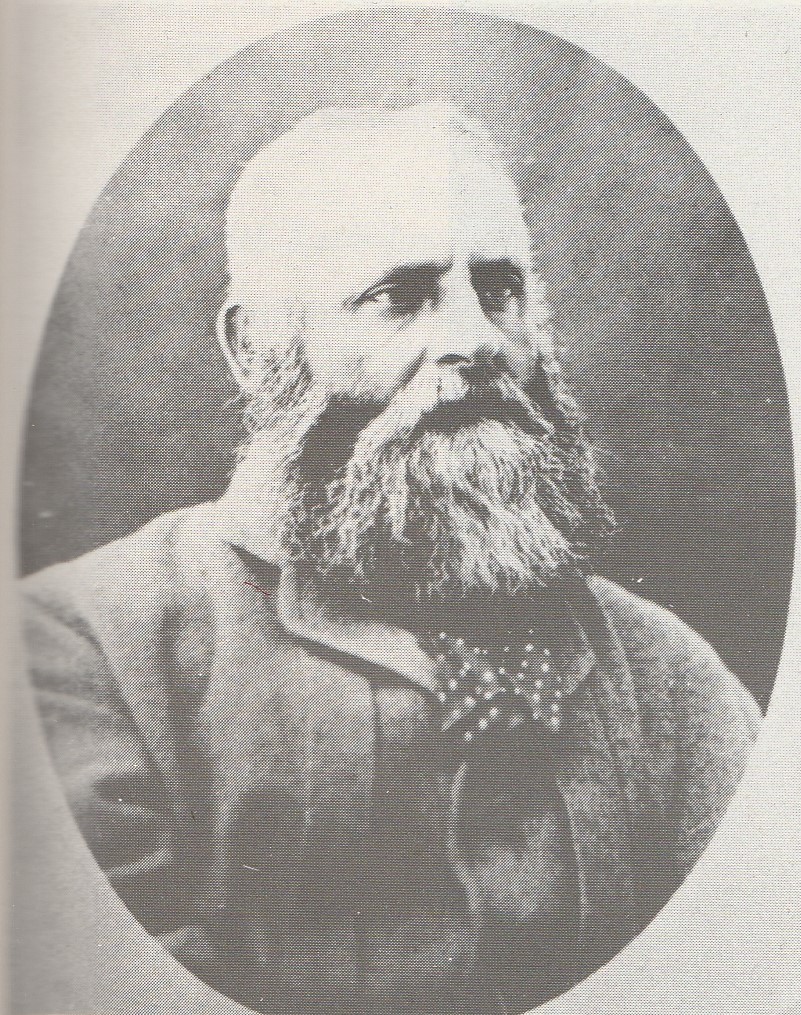 William Coates Palgrave was born in England and arrived in South Africa at the begining of 1859. He became interested in metals, minerals and precious stones and in 1860 reached the Herero country in South West Africa, where he stayed and occupied himself with prospecting and hunting. He earned himself a good reputation amongst local Herero leaders as well as the European inhabitants of Hereroland (mainly missionaries).  He left South West Africa in 1869 and later became a civil servant in the newly created Province of Griqualand West where, at the age of 40 years, he got married in the new diamond field town of Kimberley. His earlier stay of some eight years in South West Africa had been invaluable preparation for his task as Special Commissioner.

Palgrave’s commissions were increasingly undermined by the growing tension between the local Cape government and the British Empire. The Cape began to have serious strategic reasons for wanting to secure South West Africa. It correctly predicted the invasion of this area by European imperialist power (in this case, Germany), and it wished to protect the flank of the new Kimberley diamond fields. On the other hand the British Government took a broader view of the burden of a vast colonial empire and found it inopportune to commit itself. 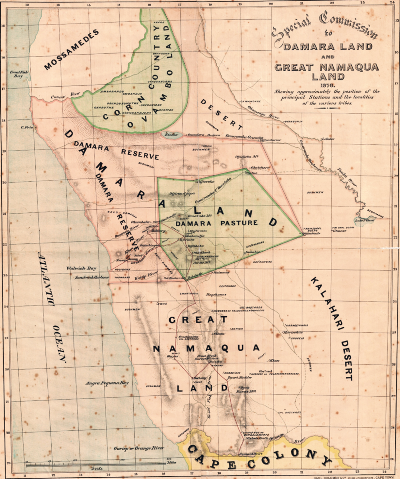 Palgrave departed for his 5th and final commission in 1884. On return found out that the British Government recognised the German occupation

The Palgrave Commission’s failure was due primarily to ill-advised interference in the affairs of Southern Africa by the British Colonial Office in London, whose obstruction of the commission led to German colonisation of South West Africa.

” The Special Commissioner addressed the meeting at some length on the unhappy feeling between the parties that had lately prevailed, and pointed out how easily it might have been avoided, if the primary principles which should govern such a community as that living here, had not been entirely lost sight of.

Complimented the Bastards on the straightforward and honest manner in which they had come forward, and expressed their regret for their share in the past, which, however, he thought after all was only a very small share. Other people were to be blamed as much, if not more than them, and had great pleasure in seeing the pains they were at to adopt a course, which would prevent any collision for the future.

After which some regulations, affecting the questions of “Masters and Servants”, and claiming of cattle which had been lost, stolen, or had strayed, and had subsequently been acquired by traders in a bona fide manner, were discussed, and agreed upon.

In the afternoon Abraham Swaartbooy called upon the Special Com­missioner and informed him that he had come over from Gurumanas for the purpose of assisting and settling the squabbles and rows between the Bastard Community and white residents on the place, which, he stated, had given him great concern, and which he was very anxious should be set at rest.

Special Commissioner thanked him for his kind intentions and feelings which did him honor.

After some beating about the bush and prevarication, it transpired that Abraham wished to see Special Commissioner about grants of land that the white people wanted to get from him, and after some time mentioned Haybittel’s name, and spoke of the visit he had received from Haybittel, with Dr Hahn as interpreter, on Saturday night last at Gurumanas; and further that the white people wished him to give them places and waters where they could establish their cattle posts during the period they traded in the country.

Special Commissioner asked of Abraham whether he understood what the white people really wanted, for if he did not he would tell him.

Abraham replying that he did not understand and would be glad and thankful to be told.

Special Commissioner then informed him that the white people did not want “loan places”, but that if he gave or sold them any grants or pieces of ground, they would hold and consider it their property, with right and title o with it as they please, sell, give away, or dispose of in any way they pleased, and that if Abraham alienated any portion of Rehoboth, and the veldt belonging to it, and remained at Bokberg, such alienation would be taken into consideration, when the grounds about Bokberg were appor­tioned.

Special Commissioner had no objection to Abraham doing as he pleased, but scarcely considered this the proper time to think of making grants of land, or in any way alienating ground, and advised him to let matters remain in status quo.

Abraham thought it would be the best to let matters remain as they are, and thanking the Special Commissioner for his advice, promised not to do anything for the next 6 months, as he had previously said he would.

In the afternoon Special Commissioner received visit from Dr Hahn, and was informed that he was anxious to purchase a tract of ground (pre­viously mentioned, vide 9th inst.) which was outside of the boundary line, described by the Damaras as being the southern boundary of their country.

Special Commissioner had no objection to anything Abraham Swaart­booy might choose to do. “

Edited and introduced by E.L.P. Stals
At the time of writing, Professor Ernst Stals was the Director of Research at the Windhoek College of Education. He has been working in the field of Namibian history since 1959 and has produced several publications on aspects like cattle farming, contact between the White and Ovambo communities, and government policy and practice towards the indigenous population during the German period.