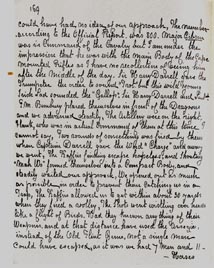 An unusual account of military life on the Eastern Frontier from the perspective of a common soldier. Adams wrote his account in 1884, forty years after his service in South Africa. The editor observes that ‘His improbable tales have proved substantially true on investigation’. He served in the War of the Axe and the action at Zwart Koppies in the Orange Free State. 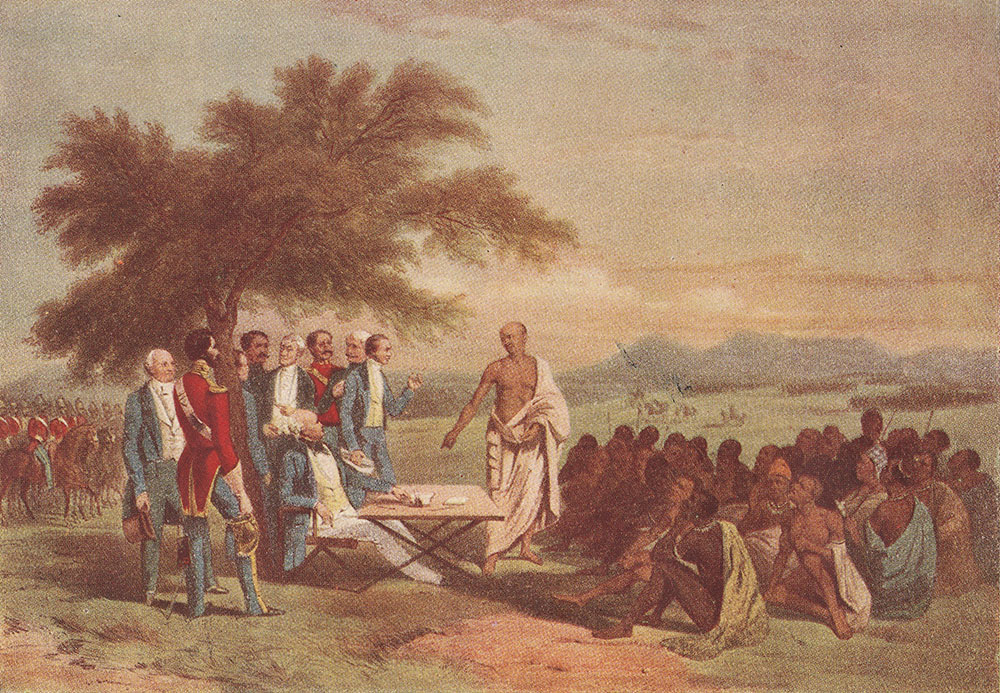 Conference of Colonial Hare and Sandilli at Block Drift

Beaufort hours before the waggons get there.”

But, as it happened, the whole of the waggons were in 9 hours before any of the Troops arrived.

Education in my Regiment was at a very low standard indeed. There were six Troop Sergeant Majors, and it was part of their duty to keep the ac­counts of the men of their respective Troops. There were three of them could but barely write their name; and (for any person) to at once state what the total amount was for 30 or 31 days at one penny (a day) without the aid of a ready reckoner, would be such an astounding feat in arithmetic as would com­pletely stagger them. Therefore in order to overcome this little educational deficiency, one Private in each Troop was excused a portion of his regular duty— that is to say, his comrades had to do it for him— while he assisted the Troop Sergeant Major in his extensive and intricate calculations, which seldom or (n)ever exceeded the knowledge of such as 30 or 31 days at ld., 2d., or 6d. as the case might be.

I remember shortly after I joined the Regiment a young man, being pointed out to me—he was the son of a Troop Sergeant Major—as being the greatest arithmetician in the Regiment, not even excepting the Regimental Schoolmaster or Mistress. My in­formant said:

“He can go into fractions like steam—tell you in about five minutes what is the value of 5/8 of £1. There’s no mistake; he’s a clever fellow,”

My friend ”Susan” got the appointment of Assistant Clerk to the Sergeant Major of our Troop. Poor fellow, he was well suited for that but he really was not fit for a soldier. He was almost as helpless on the back of a horse now as he was the first day he mounted.

I remained at Fort Beaufort only a few days, then was sent on detachment to join Colonel Somerset’s Division at Camp Barrooka. The bush was thick and swarming with wolves and jackals. Snakes were frequently caught in the Camp. We could not keep our tents clear of scorpions, and at night we were worried nearly to death by mosquitoes and sand fleas. Take it all together, the Camp was most un­healthy. The water for the Troops, which was obtained from a stagnant pool, was of the colour and consistency of cream. There was a spring of beautiful water near the Camp, but the quantity it yielded was so small that it was kept exclusively for the Officers.

I have seen him repeatedly take off his cap and hang it on a bush, and at a distance of 60 yards would