Hendrik Swellengrebel Junior was born at the Cape on 26 November 1734, the fifth child of Hendrik Swellengrebel Snr, at the time the Secretary of the Council of Policy, but from 1739 Governor of the Cape of Good Hope, and of Helena Wilhelmina ten Damme. Hendrik Junior and his three brothers were all sent to the Netherlands to further their studies. As an eleven-year-old boy he left the Cape for the Netherlands in March 1746.

He attended the Latin School in Utrecht and afterwards read law at Utrecht University. Not yet 21 years old, he completed his studies in 1755 and after that established himself as an attorney. In 1760, when his father died, Hendrik Junior, unmarried and 26 years of age, inherited the property Schoonoort in Doorn. Thus, he began his life as a country nobleman, regent, and gentleman farmer but he also kept a residence in Utrecht. He became the largest payer of hearth taxes in Doorn. His estates were eventually more than 300 morgens in size. Apart from current affairs, he was especially interested in botany, ethnology and geography, while he appears to have had sound knowledge of and good insight into economics. 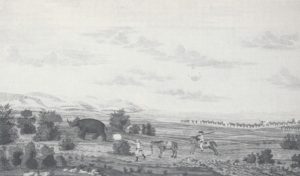 Rhinoceros Hunt at the Little Fish River (by Johannes Schumacher) 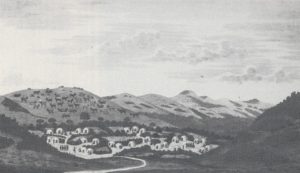 Kraal of Chief Ruyter of the Gonaqua Hottentots (by Johannes Schumacher) 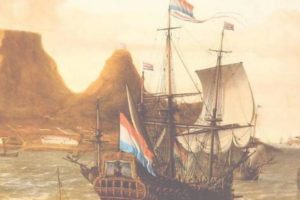 In 1775 Hendrik Junior embarked on the VOC ship Alkemade, to pay a visit to the land of his birth. Apart from a desire to see his country of birth it is not impossible that he also toyed with the idea of establishing himself at the Cape. He had resolved to traverse the Cape in all directions to acquaint himself with the state of the colony, the nature and impact of the VOC administration and the lifestyle of the colonists. But he wanted to become acquainted too with indigenous Khoi, San and even Xhosa, and therefore also wanted to visit the territory of the latter. He embarked on three journeys in 1776 and 1777 during which comprehensive journals were kept. These journals were published in 2018 by Historical Publications Southern Africa (formerly the Van Riebeeck Society) as Volume 49 in the second series.

Apart from the journeys that was undertaken by Hendrik Swellengrebel Junior he visited old acquaintances, amongst others his le Sueur cousins, and Governor van Plettenburg who was a university friend. He met Hendrik Cloete, gentleman farmer at Nooitgedacht and former heemraad of Stellenbosch. Cloete would purchase Groot Constantia in 1778. 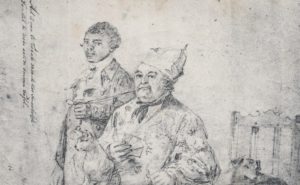 Swellengrebel returned to the Netherlands in 1777 but retained his interest in the Cape. The nature and significance of his interest in and concern with the Cape Colony can be seen from the correspondence published in this volume. Not only does his great interest in the welfare of the Cape become evident from these letters, but also his analysis, based on knowledge and insight, of the problem areas of that society, as well as his real efforts to contribute to the solution of those difficulties. Most of his correspondents are historic persons, well-known from official sources of the period including directors of the VOC, high-ranking VOC servants at the Cape and Free Burgers of diverse stature, like Hendrik Cloete. Cloete was Swellengrebel’s most constant correspondent and was cut out for his role as news gatherer. (In 2003 the Society published Hendrik Cloete, Groot Constantia, and the VOC as Volume 34 of the second series). 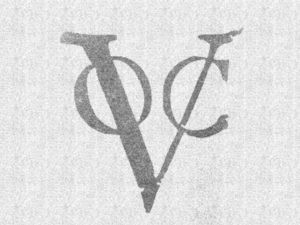 Swellengrebel correspondence is important not only for the documentation it provides of certain facets of events at the time of the Cape Patriots, but also because it contains such important analyses of the period. His analyses excel in clarity and incisiveness and are of fundamental value for the understanding of the Cape body politic of the late eighteenth century.

EXTRACT FROM THE TRANSLATED TEXT

“In answer to your letter of the 2nd July 1783, I share your grief that the dissatisfaction of the inhabitants of the colony has not abated but grows worse. The latest prospect is a new governor who is proud and poor. You must remember what the burghers are like and we all know that the territory all round where the Caffers live is the most fertile, with forests, large rivers, salt pans and other resources. The burghers in the interior could find a market in Mauritius perhaps more advantageously than at the Cape. The Caffers’ cattle might come in handy. If the rulers make one false move, the burghers, especially those on “loan farms” will turn their back on the Cape. I remember that in the years 1738 and 1739 farmers took up arms against Daniel van den Hengel in such numbers that it was impracticable to oppose them. Those who were listed as his supporters were threatened with death; and it was only when your father took over the government that peace was restored.

People at the Cape trust you, as they did your father, and even if you were merely appointed as one of the Commissioners, it would be better than nothing. To have you as Governor would be the best means of all to restore harmony. I vouch that this opinion will be subscribed to by nearly all the inhabitants. I have again been attacked by gout, otherwise we are all well. The wheat-harvest has been good, but the grapes have not matured owing to lack of rain.”

Gerrit Schutte is a graduate of the University of Utrecht and was professor of the History of Dutch Protestantism at the Free University in Amsterdam. He is still Professor Extraordinarius in the Department of History at the University of South Africa. He has published studies and edited sources on the socio-cultural history of the Netherlands, the VOC and South Africa. The VRS has previously published his “Briefwisseling van Hendrik Swellengrebel Jr oor Kaapse Sake 1779-1792” (1983) and his “Hendrik Cloete, Groot Constantia en die VOC, 1788-1799” (2003). Recently he contributed three chapters to “Die VOC en die Kaap 1652-1795” (2016)