De Mist, J.A. – Memorandum containing recommendations for the form and administration of government at the Cape of Good Hope, 1802

De Mist, J.A. – Memorandum containing recommendations for the form and administration of government at the Cape of Good Hope, 1802

Jacob Abraham de Mist was Commissioner- General of the Cape Colony from February 1803 to May 1804 during the so-called Batavian Period. He was sent to the Cape by the Batavian Republic (the Netherlands) to receive the colony from the English, install the Dutch officials, and make such regulations as he might deem necessary. 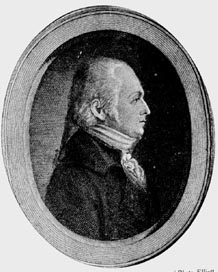 This volume in the original Dutch, with an English translation, is a Memorandum on the Cape (“Memorie over de Caab”) that was prepared and completed in January 1802 by De Mist while he was still in Amsterdam. In it De Mist gives a description of the Cape including the government institutions under the VOC as well as the changes made after the First British occupation. His description of the political, constitutional and economic life in the Cape was largely based on information he obtained from published accounts by Kolbe, Le Vaillant, Sparrman and others. He also consulted travel volumes published by John Barrow, who was secretary to one of the British Governors of the Cape. In the memorandum, that was approved by the Government of the Batavian Republic, he makes recommendations as to the changes required to the structure of the government of the Colony. De Mist was appointed as Commissioner to implement his recommendations and, together with the appointed governor, Lieutenant General Janssens, arrived in Cape Town at the end of December 1802. 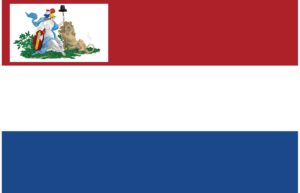 Flag of the Batavian Republic Navy

De Mist studied Roman Dutch law at the University of Leiden and practiced as a lawyer from 1768 to 1769 after which he entered political life. The French Revolution, that effectively lasted from 1789 to 1799, triggered the global decline of absolute monarchies and replaced them with republics and liberal democracies. After the revolution, republicans challenged those who favoured the monarchy. However, within the republican ranks, some advocated a strong government directed by the elite while others preferred a more democratic structure. Even though De Mist was a liberal who believed that all humans possessed natural rights, he was not in favour of a truly democratic government. He believed that the root cause of social dissatisfaction is due to a lack of proper laws, and that a centralised government which made sound laws would satisfy the general public.

While compiling the Memorie whilst still in Holland, he felt that his plans for government must first be tested in the current situation in the Cape, and he clearly expressed this view. It is both instructive and interesting to follow the changes to his judgement about various aspects later on.

EXTRACT FROM THE ENGLISH TEXT

But in addition: how can anyone expect to establish an independent civilized power at the Cape without the assistance, general consent and knowledge of the European maritime powers? And will not all of them have but one aim in view, namely, to frustrate from the very commence­ment this romantic scheme, since all of them are equally interested in retaining the right to refresh themselves at this tavern of the high seas? Such a local power, independent of European interests, and unaffected by the laws regulating the balance between other nations, would certainly not be allowed to exercise the right of debarring at will the anchoring and refreshing of ships belonging to different European powers. The fact that North America, that immense expanse of terri­tory, has been alienated from England can in no way be cited as illustrating the results in a case parallel to that of the Cape. The geographical position of North America, and the very different light in which it is regarded by other Euro­pean powers prohibit us from doing so. It would be much more enlightening for us to turn our attention to the system of Government which we see being established and carried out in respect of the proposed independence of San Domingo, by the combined efforts of the powers lately at war. If we were to do so, all fear of the Cape becoming independent of the mother country would soon cease to exist.

32. How the development of the Colony is being retarded.

But why should we dread such a consequence, if at heart we are honestly endeavouring to advance the prosperity of the colonists? Would it be likely that, solely on account of a thirst for self government, they would tear themselves from the arms of a mother country which desires nothing better than to assist, protect and enrich them? And when it is re­membered that most of them have friends, relatives and com­mercial interests in the Motherland and Europe, it seems even more unnatural and improbable. Let the colonists be given every opportunity of earning a comfortable livelihood. Let them develop the agricultural possibilities of the country, and give them every facility in trade and commerce. Bind them to the soil by making them the owners of it, and let arts, crafts and sciences be encouraged in every way possible. Levy a poll-tax, graded in accordance with their salaries, on every public salaried official, who, being physically fit, remains unmarried, and donate the money thus collected towards a fund for indigent young women. Marriages will thus be encouraged, and in such a healthy climate as that of the Cape the population is bound to increase in proportion to the number of marriages.

33. Permission to marry should no longer be obligatory.

At this point we feel bound to express in the strongest terms our condemnation of an unheard of Asiatic despotism, which has been allowed to exist at the Cape from time im­memorial. We cannot understand how it could ever have been tolerated, much less have gained the silent approbation of the late Government. We refer to a marriage law in force in all the country districts, including that of Graaff Reinet. It is to the effect that no marriage can legally be celebrated before the young couple have travelled to Cape Town in person, where they appear before the Governor, and, after certain fees have been paid, receive his gracious consent to the marriage being celebrated. This in itself was enough to rouse the strongest feelings of recklessness among the settlers there, and it gave them the liveliest sense of the basest serfdom. Even in the barbarous middle ages such obligations were only laid upon the inhabitants of the mala feuda. The colonists were appalled at the expense and diffi­culties of a journey, taking over 200 hours by wagon, which, owing to the scarcity of water, could only be undertaken at certain seasons of the year. With shame be it said that during the journey the prospective young bride usually became a wife and a future mother, long before that high consent had been sought or granted. But from very shame let us turn from this pitiful picture. Humanity, states­manship, reverence and regard for the gentler sex cry out for immediate reform. Let us sweep away entirely this disgraceful abuse of power, which cannot but lead to the destruction of our people. Let the abolition of this regulation form one of the articles of the first proclamation to be issued by the future Commissioners or Governor, as a proof to the colonists that a new Government and a new Constitution exists in the mother country.

No efforts should be spared in employing every possible means for doubling, or even trebling the population at the Cape. It would be of great assistance if the districts were more equally divided, and if they were not as extensive as at present. In addition, the tracts of land granted to colonists should not be as large as formerly, and should be granted in full ownership and not on loan. Villages should be laid out at Mossel Bay, at Plettenberg’s Bay, at the mouth of the Zwartkops River, at places where the ground is suitable for tilling or for grazing, and, in fact, wherever there is a plentiful supply of fresh water and firewood, etc., etc. It is hoped that by means of these improvements the expenses incurred in maintaining efficient administrative and military […]

Preface by S.F.N. Gie and translated from the original Dutch by Kathleen M. Jeffreys.

Kathleen Jeffreys, from the Cape Archives, was one of South Africa’s best-known authorities on Africana, while S.F.N. Gie was professor of South African history at the University of Stellenbosch.