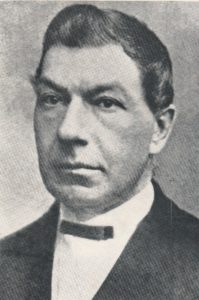 Hendrik Antonie Lodewijk Hammelberg, was born in the Netherlands in 1826, where he also completed his master’s degree in Law. In 1855, he decided to come to South Africa as a “test run”. His diary starts when he departs for Cape Town in October 1855. He describes the sea voyage, which took about two months, and his six-month stay in the Cape in detail. In July 1856 he departs for Bloemfontein by cape cart – a journey that took close to a month and which he diarises extensively.

Once in Bloemfontein, he started making arrangements to be allowed to practice as a lawyer and attorney. He opened a law practice and lead a comfortable existence. President Boshoff, the second president of the newly independent Republic of the Orange Free State, appointed him as die secretary of the Volksraad. Later he entered politics and was the member of parliament for district of Ondervalschriver for a short while. When Boshoff resigned in 1859, Hamelberg also resigned as member of parliament. However, when J.H. Brand was elected as president, Hamelberg was elected as member of parliament for the Bethulie constituency.

Bloemfontein in 1851, as seen from the North West (Painting by Thomas Bains)

As mentioned, Hamelberg was a well-educated man who completed his master’s degree in Law at the University of Utrecht. He had a very high opinion of his own ability – this led him to be a contentious, even hated, figure in some circles. He often wrote opinion pieces in the newspapers about reforms needed in state organizations. However, his tone was so affected and highbrow that the simple society of the Orange Free State developed a disapproval of him.

There were times when Hamelberg was popular in the community, especially when he offered his support to president Jan Brand during the negotiations with the Cape governor to try and solve the Basotho problem. He was also composing an anthem for the Free State, which he had set to music by the Dutch composer, Nicolai. He presented this song to the Volksraad on 23 February 1866, the 12th birthday of the republic. The song was accepted with gratitude and took effect immediately. This act is perhaps his strongest claim to a place in the history of the Orange Free State. 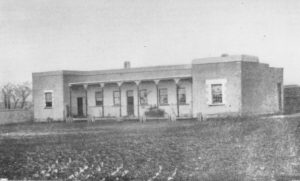 In 1871, Hamelberg, along with his wife and child, left the Free State to return to the Netherlands permanently. His financial accruement was enough to ensure a comfortable life for the rest of his days. After his departure, the Volksraad decided to nominate him as the Free State’s “authorized diplomatic agent” to European governments, where he rendered good services to the Free State as well as to the South African Republic. He died in 1896. His original diary does not exist anymore, but a copy was created, probably by persons who served as secretaries in the consulate general of the Orange Free State in The Hague during the Second War of Independence.

EXTRACT FROM THE ENGLISH SUMMARY OF THE TEXT

In June he allowed himself to be nominated as member of the Volksraad for Bloemfontein but failed  to be elected.

The awkward circumstances into which the Free State had been plunged by the Basuto War split the population even further into two parties, one group aiming at union with the Transvaal, and the other seeking union with the Cape Colony. Sir George Grey, who had been invited to settle the dispute with the Basutos, visited the Free State with the additional purpose of propagating his plans for federation. In these he was supported by Hamelberg, and even President Boshof was in favour of them up to a point.

Hamelberg was appointed chairman of the Free State com­mission at the peace negotiations that began at Aliwal North on 25 September and ended when the (first) Convention of Aliwal North was concluded on 29 September. He undoubtedly  contri­buted a good deal to the favourable course the negotiations took.

After this, Hamelberg accompanied the Governor of the Cape on his mission to indicate the new boundary. On the journey a friendship between them unmistakably  developed,  and  there  can be no doubt that they often discussed the plans for federation.

“At about 11 o’clock H.E. took leave of us and asked  me whether I would not at some or other time  be coming  to  Cape Town, and extending  a special invitation to me to visit  him on such an occasion.”

In November, when President Boshof went on leave (never to return, as things turned out later), Hamelberg was offered the post of acting State President.  “But I  have much less than no inclination at all in the matter; I shall only bring envy, hate, contention, and enmity upon myself …. I therefore, hope that I shall be able to evade the request with good grace’ (9 November). Apparently the offer was not repeated, for nothing came of it.

Two weeks later he was asked to offer himself for election in the Lower-Valsch River constituency. He was returned in the election, and on 7 December he took his seat in the Volksraad.

Although all went well when he visited Kroonstad in January 1859 to become better acquainted with his constituency, he felt during the course of the year that he did not share the views of his constituents, particularly in respect of the question of union with the Transvaal. The agitation for such a union gained further support after the failure of Grey’s federation scheme. Consequently Hamelberg decided to resign.

Dr F.J du Toit Spies is Professor in History at the University of Pretoria

Dr N.G. Sabbagha is Professor in English at the University of Pretoria