Johan August Wahlberg, born in 1810 near Göteborg in Sweden, started studying chemistry at the University of Uppsala in 1829 and later forestry, graduating from the Swedish Forestry Institute in 1834. In September 1836 he was appointed as an engineer in the General Survey Office and taught physics, chemistry, natural history, and agronomy in its school. In his spare time, he collected and prepared stuffed specimens, hoping to raise money by selling them to museums.  Birds, he admitted, were the group which interested him most. 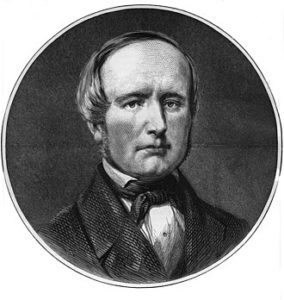 In 1837 the Swedish consul in Cape Town asked the Swedish Academy of Sciences to provide financial support for a naturalist to visit South Africa to collect plant and animal specimens for the National Natural History Museum in Stockholm. The Academy chose Wahlberg. He was granted an initial period of two years’ leave by his employers. He received some financial support from the Academy as well as from the Swedish consul in Cape Town though as it turned out the amount was insufficient to meet his needs, thus forcing him to turn to elephant hunting to cover his expenses. 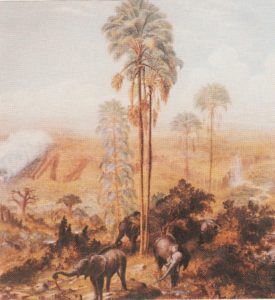 Wahlberg’s departure to London in early July 1838 to study museum collections, preparation techniques and the works of earlier travellers in South Africa saw the start of the career which is recorded in this volume. He arrived in Cape Town at the beginning of February 1839 where he started collecting specimens, then sailed to Algoa Bay where he did some more collecting before sailing to Port Natal (now Durban). At the end of 1839 he undertook a journey northward to the Tugela River on foot, and on his return assisted the Voortrekker community in laying out the town of Pietermaritzburg. His studies of particularly the birds of Natal were of fundamental importance to science

In October 1841 Wahlberg set out for the Transvaal with an ox-wagon, accompanied by a young man named Willem Nel and two young Zulus. He crossed the Drakensberg at Bezuidenhout Pass, proceeded through the Free State and across the Vaal River to the site where Potchefstroom was being established. From there he went to the north of the Magaliesberg, and for the next six months remained in the region between the Magaliesberg and the upper Limpopo River to collect and hunt elephants and sell the ivory to cover expenses. During the period 1842-1843, he continued hunting and collecting specimens all over the central Transvaal as far east as the Elands River. Returning to Port Natal, he sailed for Cape Town in December 1844, and after several excursions to Saldanha Bay, he left for Sweden in May 1845. 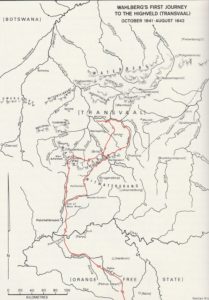 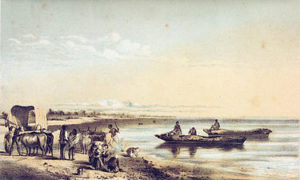 He sold his entire collection – consisting of mammal skins; some 2500 birds of over 400 species; reptiles and fishes preserved in alcohol; about 5000 species of insects as well as dried plants – to the Swedish Natural History Museum. He returned to teach at the General Survey Office and in his spare time to describe many of the species he collected and worked on an extensive manuscript titled Ave Africanae.

In October 1853 Wahlberg left Sweden again, planning to explore southern Africa from the west coast, via Lake Ngami – part of the Okavango Delta system in Botswana –  to the Transvaal. Via Cape Town, he arrived in Walfish Bay in April 1854 which he used as a base to collect many insects in the coastal Namib and along the Swakop River while he was waiting for the rainy season. At the end of December, he set out for Lake Ngami, probably following the route via present Okahandja, Gobabis and Ghanzi.

On this expedition, he was accompanied by an assistant, a hunter and trader named F.J. Green. Reaching Lake Ngami in April 1855 he and Green set out north to hunt and collect, returning in November with much ivory and many specimens. On 6 March 1856, while out hunting in the vicinity north-west of the Makgadigadi Pans in central Botswana, Wahlberg was trampled to death by a wounded elephant that he was following. Shortly after his death, before the news reached Sweden, he was elected a member of the Academy of Sciences. 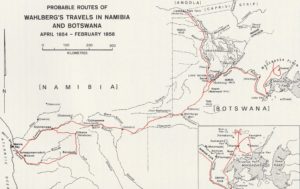 Wahlberg can be described as a born naturalist, with ornithology and zoology being his speciality, as well as an excellent field-taxidermist and an explorer. However, his diaries also include wide-ranging observations of the peoples he met, their way of life, their customs and upheavals at a tumultuous period in southern African history.  He was reasonably fluent in Zulu and knew elements of other indigenous languages. He visited the Zulu king Mpanda’s kraal and even met President Paul Kruger. Wahlberg is described as rather short, but muscular, and unafraid of danger. He was an even-tempered but asocial man and although fond of children, he never married.

23. 1 Ichneumon taenianotus,2561 Boschbock257 [sic], 1 red-buck,258 1 birds. I was so intent on the bucks that the fall of darkness took me surprise, I lost the path and so entangled myself in the thickets that I sure that I should have to pass the night in the woods. I shot 6 alarm-shots. I was glad to hear them answered by regular salvos from the village. Flayed the boschbock and left the carcase in the wood.

27. On horseback with Parker259 and Delegorgue to Umgeni.

29, 30. Continued the trip and arrived at Umkamas in the morning. country beautiful; the hills rounded, and covered with grass at their summits; close thickets in the valleys. We passed several rivers; Kaffer kraals. My comrades at a loss; arguing. Hunted hippopotamus; in vain. 1 white-headed eagle,262 . 1 Anas,263 F. 1 Antelope M skeleton prepared. White-necked Carbo common.

31. Continued hunting hippopotamus; no luck. In the evening, accompanied only by one Hottentot Bastard we came sufficiently near to hippopotamus. Two bullets went whistling at the same moment, and found their mark in the head of a young sea-cow. She came to the surface several times, spouting blood high in the air. An adult now appeared; once again our shots sounded as one; it showed the whole of its body above water, dived, a strong furrow appeared in the water, moved rapidly towards the shore, and soon the whole body of the monster was visible above the surface, in form and attitude like a gigantic pig. With incredible swiftness it hurled itself once more into the stream, and rose several times in succession, each time spouting blood. Darkness fell; and we were forced to return.

1 September. We looked in vain for the hippopotamus. Gregory, I and a Hottentot Bastard, went off by boat upstream, to meet the waggon at a ford higher up. We had not gone far before we saw a herd of buffalo on one bank of the river, and while we were taking note of the direction in which they were moving, a troop of elephants — a magnificent beast, the elephant – appeared on the other bank, on a little hill where I had been only an hour and a half earlier. An old bull marched at the head of them with ears and trunk aloft. I landed on the side where we had seen the buffalo, and reached the ford and the waggon by following elephant-paths.

2. Saw numerous buffalo but was unable to get near them. Clouds of locusts darken the sky. We go further afield to a smaller stream.

3. Lying in wait for the buffalo. Hear them approaching at full gallop through the bushes. Climb an acacia. Give the first bull a bullet, which makes him fall back upon his hind-quarters. He gets to his legs again and escapes .Falco once again very common, as also Fa/co ecaudatus……

The late Dr Hans Christoph Hummel, editor of this volume and chairman of the editorial board of the Graham’s Town Series, was born at Mufïndi, near Iringa, Tanzania (then the Tanganyika Territory), in 1934, and studied at Prince Edward School, Salisbury (now Harare), at Rhodes University (where he graduated in 1956) and at Oxford, the Wilhelms University, Münster and the University College of Rhodesia and Nyasaland (now the University of Zimbabwe). He was also a graduate of the University of London. At the time of the Wahlberg volume, he held the position of Senior Lecturer in the Department of History at Rhodes University.