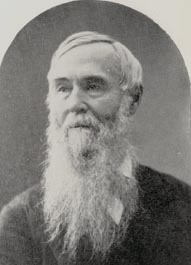 The American Board of Commissioners for Foreign Missions was one of the last missionary societies to begin work in South Africa. Since the Cape Colony was well-populated with missionaries, the Americans concentrated initially on the Ndebele in the Transvaal, and on Natal. Their arrival coincided with the Great Trek and Boer expansion north and east so they were well placed to observed developments in Voortrekker society and its impact on indigenous societies. 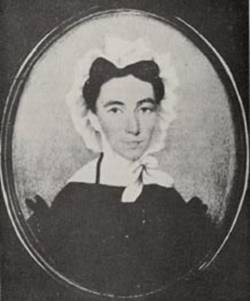 Having been kept in this land, as on the water, by the good providence of God, on the 16th instant we safely arrived in this place, after a protracted journey of eight weeks and two days.

We were detained so long on the way by the difficulties arising from the scarcity of food for our oxen. This scarcity had been caused, in some places, by severe drought, and in others by myriads of destroying locusts, which had passed through the country about two weeks before us. Our new mode of travelling, all things considered, was more pleasant and comfortable than I anticipated. During the first three weeks after leaving Cape Town the weather was very warm. The days were oppressively hot, but the nights agreeably cool and quite refreshing.

My own health, and that of my sisters, has been much improved by our exposure to the open air and the exercise of travelling. Mr. Lindley says I might pass, without difficulty, for a Dutch jufvrouw.

Mr. Wright reached Griquatown one day before us, which he was enabled to do by the help of fresh oxen furnished him, without solicitation, at the Great River, by two deacons of the church, Old Moses and John Fortuine. Hearing that we had crossed the river, Capt. Waterboer, without a hint or request from anyone to do so, despatched with characteristic promptitude four spans of oxen to help us on our way, for which kindness he has claim to our gratitude.

To place the Captain’s favour in a proper light, I should, perhaps, say that it is the fruit of Christian principles, and for this principle he is indebted under God to the patrons and agents of the Society which has been so long and so ably served by yourself and your honoured husband.

We see here many gratifying evidences that the Lord has blessed the means employed to civilize and christianize this people.

This greatly encourages us to undertake the same labours in the country to which we are sent, with a prospect of ultimate success; though it should be distant, our trials will be light and but for a moment. Here, however, the thought suggests itself that trials of such nature as the ones before us may be less regarded now than they will be when fully experienced. But the assurance given by God to one of His servants is recorded for the support and encouragement of them all: “My grace is sufficient for thee.”

We have unloaded our wagons, dismissed nearly all our drivers and leaders, and are snugly lodged; Bros. Venable & Wilson …