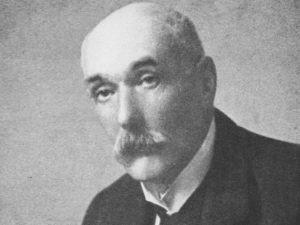 John X. Merriman, son of Archdeacon Merriman, was one of the most brilliant politicians at the Cape. His long political career spanned most of the major political events of the late-19th and early 20th-century, culminating in the prime minister’s office just before Union in 1910. Merriman was initially a liberal, working closely with Rhodes when the latter became prime minister, but subsequently became firmly pro-Boer.

The Selections From The Correspondence of J. X. Merriman has been published as three volumes:

VRS I-41       covers 1870-90 –  It tells of Merriman’s early life on the eastern frontier of the Cape, and the first years of responsible government from 1872.          Economically this period also covers the discovery of diamonds and gold, known as the mineral revolution.

VRS I-44       covers 1890-98 which includes the first Rhodes’ ministry, of which Merriman was Colonial Treasurer, his break with Rhodes, and the period leading up to the South African war.

VRS I-47       covers 1899-1905, including the South African War, Merriman’s participation in the pro-Boer Schreiner ministry, and a period in opposition. During this time, he fought against the suspension of the Cape constitution and for a fair deal for Cape rebels. It concludes with his participation in the South African Native Affairs Commission and the election that brought Dr Jameson to power as prime minister.

VRS I-50        covers 1906-1924 – It deals with the establishment of the Union, his views on constitution-making, and his time as prime minister of the Cape Colony. Merriman remained in parliament after Union, participating in events leading up to, and just after World War I.

A short summary of the personal life and political career of John X Merriman appears on the page, Selections from the Correspondence of J.X. Merriman Volume I, 1870-1890, of this website.

The third volume of Selections from the Correspondence of John X. Merriman centres on the Anglo-Boer War. To Merriman, the war was ‘unjust and unjustifiable’. He tried to prevent, curtail it, and mitigate its effects; his double role (as political participant and observer) and dual response (as South African and Englishman) give a depth, range, and immediacy to these letters and diary entries which reflect the complexity of his experience.

In 1900, however, such views meant personal unpopularity and political ostracism; and it is the mark of Merriman’s courage and commitment, and his belief that he was fighting the battle of ‘Liberty’, in his words ‘the most precious inheritance of Englishmen’ 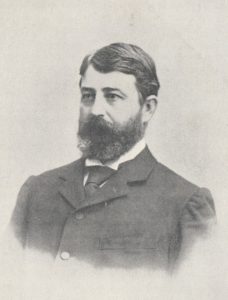 In 1898, William Philip Schreiner became Prime Minister of the Cape Colony and included Merriman and J.W. Sauer, lifelong political allies, in his cabinet.  As prime minister, Schreiner and his cabinet favoured negotiation rather than hostilities, to the chagrin of the governor and high commissioner,  Alfred Milner, who was actively fomenting war. At the suggestion of Merriman and the Chief Justice, Sir John Henry de Villiers, Schreiner organised an unsuccessful conference between President Kruger and the High Commissioner to resolve the contentious Uitlander voting rights issue. 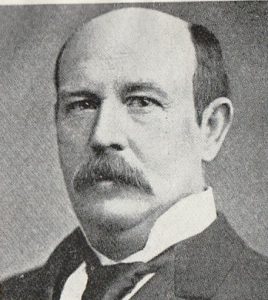 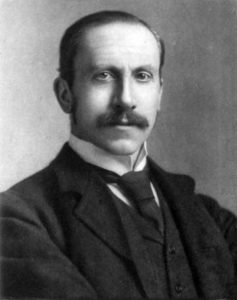 Merriman made repeated attempts to avert the looming war between the British and the Transvaal. He was placed under house arrest on his farm by the Cape authorities because of his opposition to the war. After the war was declared in October 1899, Merriman opposed not only the policy of the war but he could also not keep silent on martial law excesses and the attempt by the imperial masters to suspend the Cape constitution, affecting the personal rights and the privileges of Parliament.

The Schreiner government fell in 1900, largely because of his party’s opposition to the disfranchisement of the Cape Afrikaners who took up arms against the British. Merriman and Sauer travelled to London to plead with the British government, but they were labelled ‘Pro-Boer’ and refused permission to present their case in the House of Commons. According to Davenport, they ‘had tried and failed to find a middle term between annexation and independence as a basis for negotiations on which to end the war’. 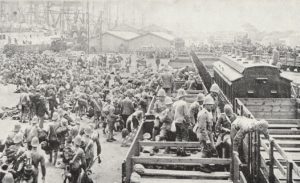 Troops disembarking at Durban and entraining for the Front

With jingoist feelings running high from the Boer War, anti-war politicians suffered electoral losses across the Cape in the following years, and Merriman even lost his seat in parliament for a brief period in early 1904. Later in 1904 he took over leadership of the new “South African Party” from his friend and ally James Molteno, and with Molteno and Sauer, led the opposition to the ensuing exclusively-British government of Leander Starr Jameson in the lead up to the crucial national elections of January 1908.

I have read as you asked me to do, the article of Sir Edward Grey upon the causes of the South African war. As the article in question is mainly an highly laudatory review, and an amplification of a work of Mr. Cook on the same subject, [The Rights and Wrongs of the Transvaal  War], one naturally feels inclined to ask what are Mr. Cook’s special qualifications for giving a fair and impartial opinion on a subject of so much complexity. He has never lived  in South Africa, he has never seen a Boer and he is a totally unacquainted at first hand with the fiscal, the political or the economic problems  of  the communities upon whose ‘race’, ‘ideals’, and ‘ political ambitions’ he sets forth to instruct the world.  Yet Sir E. Grey in his attempt to reconcile the hopelessly divergent policies of sound Liberalism, and aggressive Imperialism, bids us take Mr. Cook as our guide and philosopher  in South African matters. He tells us at the same time to look beyond what he calls ‘small and isolated events’ to the great ‘forces’ which brought about so terrible a catastrophe – a doctrine, I need scarcely say, which if . .  . imported into criminal jurisprudence, would be of no little comfort to the criminal classes. Mr. Cook is an able, and I am sure a high­ minded man, but he was the editor of a party  newspaper,  [The Daily News] that was until the outbreak of the war under the influence of the faction connected with South Africa, who were determined to seek in war a revenge for the ludicrous fiasco known as the Jameson Raid. Upon the doings of this party, and their share in the business, it would be well for Sir Edward Grey before he handles the matter again, to consult the account given by Mr. Dormer in his book Vengeance as a Policy in South Africa; recollecting that Mr. Dormer writes, not as the scribes, like Mr. Cook, but as one having a first-hand personal knowledge of the men and affairs that he undertakes to deal with.

Sir Edward Grey is a statesman of some repute who pins his faith upon, and justifies his views by those of Mr. Cook. The misfortune is that both of them proceed upon the a priori rather than the historical method. They evolve a Boer out of their own inner consciousness, they fit him with ‘ideals’, and ‘ambitions’ and then proceed to construct from their own theory the whole cause of the deplorable tragedy that is going on before our eyes. If history and facts do not suit, so much the worse for history and facts.  ‘Perish the Colonies,’ as Brissot said, ‘but let us keep our principles’. It is just the deductive method that has been the curse of British Colonial administration. Some clever fellow in Downing Street thinks that he knows people’s business beter than they do themselves, and trouble follows. The good old-fashioned Liberal policy of  ‘laissez faire laissez aller‘ preserved…. [….]

After a distinguised career, Phyllis Lewsen retired at the end of 1981 as associate professor of history and reader in Cape parliamentary history at the University of the Witwatersrand. She also published John X. Merriman’s biography.