Selections from the correspondence of Percy Alport Molteno 1892-1914

Selections from the correspondence of Percy Alport Molteno 1892-1914

Percy Alport Molteno, born in 1861, was the second son of Sir John Molteno, the first Prime Minister of the Cape Colony, from 1872 until 1878. After 1878 Sir John continued as a progressive farmer at Beaufort West, but he also kept a large estate at Claremont, near Cape Town, and it was here that Percy grew up. He was educated at the Diocesan College, Rondebosch, (“Bishops”), after which he studied at the University of the Cape of Good Hope and achieved academic honours at Trinity College Cambridge, going on to qualify as a barrister. 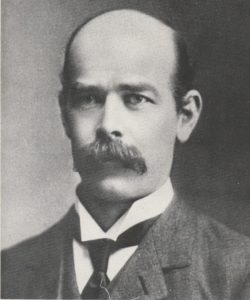 He returned to South Africa in 1886 and set himself up in practice in Cape Town. But at that time the Colony was not lacking in legal talent and, with competition being keen, Molteno’s practice was slow in getting off the ground. In 1889 he married Elizabeth Currie, the daughter of Sir Donald Currie, the shipping magnate, whom he had met while a student in England.  He was offered a partnership by his farther-in-law, which after due consideration he accepted. This entailed residence in London, and he therefore left the Cape. However, he remained in touch with his family and a wide circle of influential friends and acquaintances, and with these he would maintain close contact for many years.

His view of South African politics was guided by two great themes. The first concerned his staunch advocacy of colonial self-government, and the second stemmed from his acquaintance with, and liking for, the Cape Dutch. He saw English and Dutch as inextricably bound together in South Africa, and he believed that in the course of time there would come some form of closer union between them. He believed that the great questions in the country would have to be settled by the permanent inhabitants and not by politicians and officials in London. 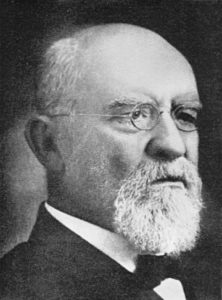 In the years following the Anglo-Boer War, Molteno withdrew from the shipping trade and devoted both himself and his remaining fortune to postwar humanitarian efforts in South Africa. Furious about Lord Kitchener’s use of scorched earth tactics and concentration camps against the Boers, he also continued the work that he had started during the height of the war with Emily Hobhouse, exposing the atrocities and setting up institutions for the rehabilitation of survivors.

In 1906 he became a Member of the British Parliament, and used his position to good effect in the direction of granting full Responsible Government to the ex-Republics. The formation of the Union of South Africa should have brought Molteno the fulfilment of his long-held ideals; but in fact, it brought political disillusionment and personal estrangement. On the political plane, the colour bar embodied in the Constitution was naturally repugnant to so wholehearted a Liberal; and the growth of an increasingly exclusive Afrikaner nationalism went against the grain with him. 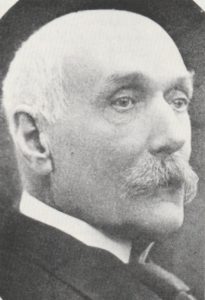 Both these principles seemed to him to be under attack in the later 1890s, as new forces – personified in Rhodes, Chamberlain and Milner – intruded themselves into the South African situation. He did what he could to support the “peace party” of Schreiner – which included such figures as J.H Hofmeyr (‘Onze Jan’), J.W. Sauer and John X Merriman. But war came ; and when it did he took his place unequivocally as a “Pro-Boer”. 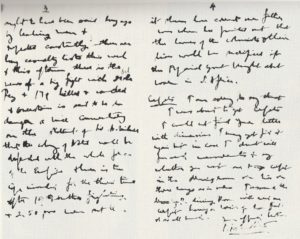 On the personal plane, Union brought to head the long campaign by the government against the monopoly of the “Union-Castle Shipping Line” belonging to the family of his late father-in-law, Sir Donald Currie, and in which he personally had a major share holding. The evident hostility of the Union Government, which included the very men he had done so much to help in their time of trail, was a severe blow to his faith.

The sale of Molteno’s shipping interests, that followed, left him with ample means and leisure to devote himself to British- and international affairs and to humanitarian endeavour. His ties with South Africa, on the other hand, became looser; he maintained his links with the family at the Cape and with one or two public figures, but the glory had departed. He died in 1937, and in a message of condolences the Prime Minister of the Union, General Hertzog, paid fitting tribute to “the great public services” he had rendered South Africa.

A biography was prepared by a friend but was never published due to the intervention of the Second World War. Until such a biography appears this selection of correspondence must serve as a belated and inadequate memorial.

I can well understand that you are all being sorely tried by the de­plorable circumstances in which you find yourselves; and as you are aware you all have my most profound sympathy in your troubles.

I cannot help regretting that the whole matter was not brought into the position of a constitutional struggle when your Parliament met last year and had the opportunity of repudiating the interpretation put on things by the High Commissioner in his despatch of May 4th. The ig­norance here, even of members of parliament, is profound, and a consti­tutional struggle there would have roused him [sic] to enquire what it was about. [Indecipherable] I am not one of those who do not believe that compensation is possible for abandoning your constitutional privi­leges, and “obsta principiis” should be applied to the existence to [sic] the attack on them.

You now have the virtual suspension of responsible government and that is both unconstitutional and illegal without an Act of the Im­perial Parliament.

It is very difficult to judge of these matters at a distance and without full information; but it seems to have been not sufficiently realised that a colonial premier has a duty in representing a colony as a separate entity, and only while he represents the people who put him in that position can he remain premier. He is no mere servant of the Crown at the choice of the latter. For my meaning see p. 10 of pamphlet herewith, where I have marked the passage to which I refer, where my father states the position he successfully took up; and see also p. 15 for another case and the remedy.

I would have written you long since but pressure of necessary work has hitherto prevented me.

It would be difficult for me to say how much I appreciate the noble stand you have taken up on this great question of the war, and further how much I am in sympathy with what you write and have written in the South African News.

You have certainly put your finger on the cause of all our troubles when you show how poor South Africa has been made the sport of men who are mere birds of passage and who seek only to make as much out of her as soon as possible and then go, regardless of the true and permanent interests of the country which has treated them well. Our country is committing a hideous choice and blunder — she is in large measure misled, though a large party who should know better and act differently are pur­suing this hateful policy of force and fraud; and one sees how the noble ideal one had formed of one’s country’s acts and aims is shattered and lies in the dust. This is a terrible experience, more than enough of evil for any one lifetime.

Your idea of an association of those who think as we do is excellent and should take shape. There is an Australian Natives Association, but such a name would be misunderstood with us.. How would some such name as The South African-born Union do? We have fine material to work with and to be a basis of action outside the centres of the large towns, where the ignorance of the country people is appalling. The youth of the country are sound and of a very fine spirit.

Department of Economic History
University of the Witwatersrand