Lady Anne Barnard appears to have kept dairies for much of her life. This publication contains her dairies of 1800 while those of 1799 was published as VRS Vol II-29 (1998). She had the habit of destroying the original drafts of dairies after she produced “revised versions”. The revised version of her dairies of 1797-1798 was published as VRS Vol II-24 (1993) called The Cape Journals of Lady Anne Barnard 1797-1798.

Lady Anne was also an accomplished artist, some of her works being included in her published accounts of life in the 18th and 19th centuries. Her works include oil paintings and drawings.

In her early twenties she went to London to reside with Margaret, her widowed sister, where the two sisters lived together for many years. The beauty of Lady Margaret, and the charm and lively conversation of Lady Anne, ‘one of the most fascinating women of her time,’ as a contemporary describes her, made them very popular. Their house became a social centre, and a favourite resort of some of the most famous literary and political men of the day. 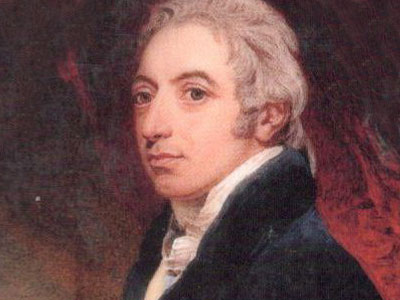 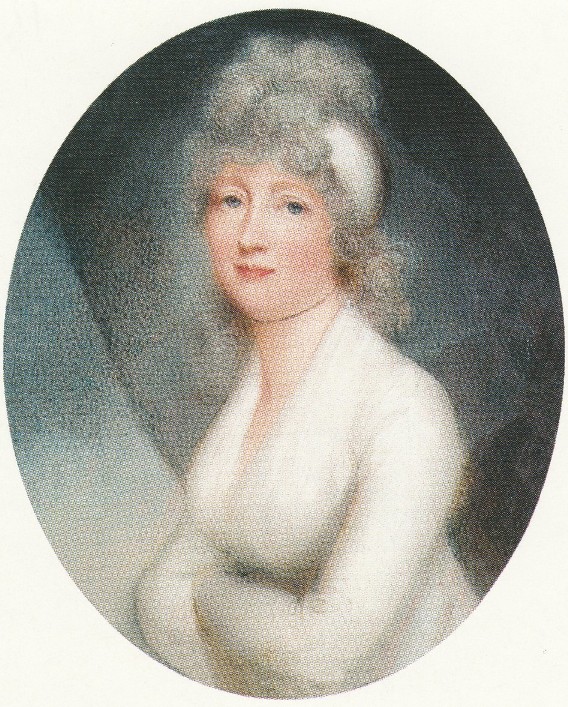 Using her political connections Anne succeeded in obtaining a Government appointment for her husband, and in early 1797 the Barnards arrived in the Cape of Good Hope with the new Governor Lord Macartney. Macartney’s wife had not travelled out with him and so Lady Anne acted as his official hostess. They entertained the army officers and the Dutch colonists as well as visitors who were passing through the Cape.

By 1800 the Cape scene, as depicted by Lady Anne in this volume, had changed in several respects from what it had been in 1799. The ineffectual new Governor, Sir George Yonge, was manipulated by members of his “court” and by leading colonists to such a degree that the political life of the colony degenerated into a state of corruption worse even than that which had obtained under the VOC regime.

The administration of public affairs plumbed new depths of inefficiency as he decided to conduct his public business on only one day of the week. His extravagance with public funds led the Secretary of State for the Colonies to issue instructions that no extraordinary public expenditure has to be incurred without the concurrence of General Dundas and Barnard. Official appointments and promotions he had made were overturned by the Colonial Office. 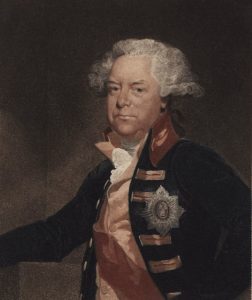 In these months less attention is paid to the indigenous peoples by Lady Anne in her diary. She retains her interest in the plight of the Khoi, and puts pressure on her husband to have the administration improve their labour conditions on the frontier. She tells of a visit by a Khoi chief during which praise for the services of the Khoi troops during the recent frontier war, was given. She describes the landing of a shipload of slaves, recounts a conversation between the wives of two British officials on their attitudes to male slaves, and tells of the capture and punishment of a group of runaway slaves who had struck terror into residents of the western districts. She describes, too, some of the social practices of the Damara, and Xhosa reactions to a white visitor, Dr Somerville 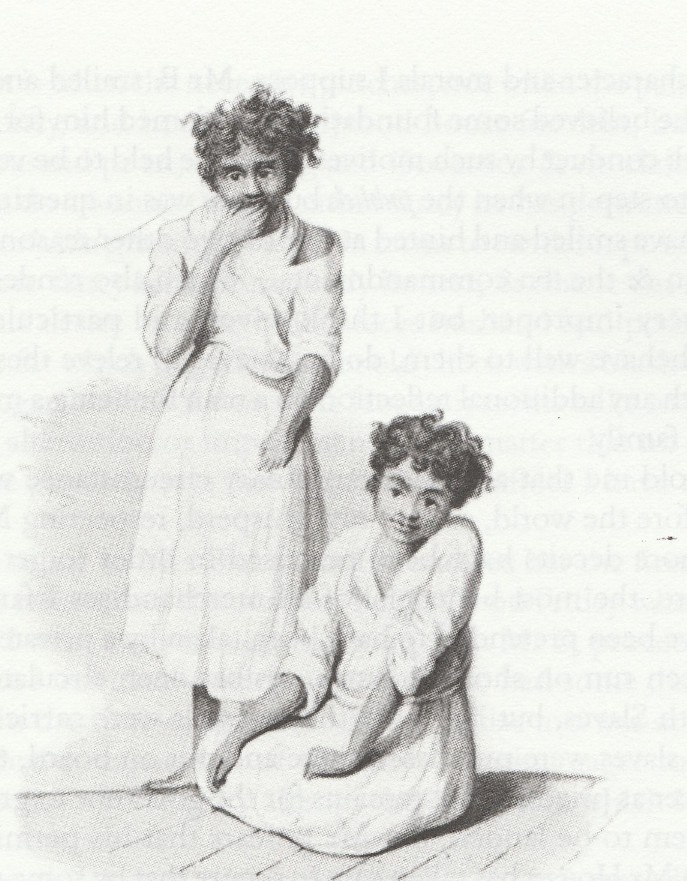 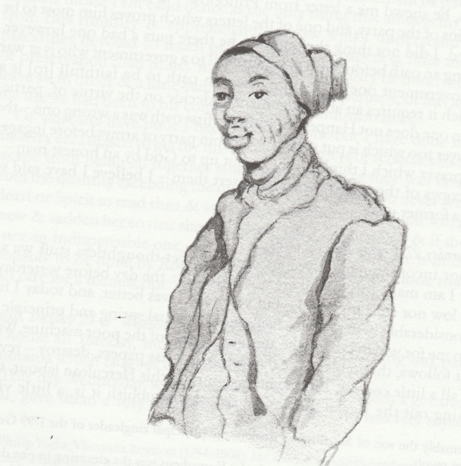 This second volume of the Cape diaries, dealing with 1800, further develop this rich and entertaining account of life at the Cape in the early years of British rule. Politically the Diaries lay bare the dynamics of the conflicts among senior officeholders, not only in the civil administration, but also in and between the army and navy. Lady Anne’s independence of thought is reflected in her ideas on such diverse matters as animal rights or interior decoration or landscaping. She offers valuable insights into the social constraints upon women at the time.

“Mr B. told me that a very extraordinary circumstance was soon likely to appear before the world, as yet only whisperd, respecting Mr Hogan — more tricks — more deceits have been practised in order to get Cargos of Slaves landed here, the most beneficial of all merchandises I fancy — a couple of vessels have been pretended to have been taken by a privateer of Mr Hogans, to have been run on shore & burnt — it has been circulated that they were loaded with Slaves, but in reality these vessels were carried to Mosambique where the slaves were purchased there and put on board, they now come in the privateer as prizes, and it remains for the governor to grant permission or not for them to be landed, but Mr B. fears that his permission will not be refused, as Mr Hogan has taken care to secure that by some means which puts his Excellency in his power. Capt Campbell told Mr B. this day that he had requested the Fiscal to state to the governor the evidence & testymonys of various ships who were at Mosambique when all this was transacted which is now denyd as never having existed, that the whole is a deceit & so perfectly contrary to law that if the governor is disposed to let it pass, he is not — it is contrary to his duty to do so — that the Fiscal having before had to represent a matter of the same sort against Mr Hogan the Governor had evaded and finally hushed up the point, that he Capt Campbell was therefore determined :0 write to Mr B. a letter to be laid before the Governor, which woud force a :reply. He plainly and boldly asserted that Hogan made no scruple of admitting hat he had given a douceur, he did not say to who, but either the governor himself or Mr Blake must have had it — if Mr Hogans cause comes before a court of justice he will lose the original price of his slaves and pay a fine of three times their value, which will come heavy on his former gains — of this he fiscal gets a 3d, Capt Campbell a 3d and I believe the Government another – if his Excellency has pocketed any thing it will be difficult I think for him to keep it if Mr Hogan loses the whole, but Mr B says no, as he has fulfilld what vas the probable bargain by giving leave to land the Slaves.

I really can hardly think that Sir G. can have done so improper a thing as to accept money for an improper concession — I know that a man in necessity will go greater lengths than the same man in prosperity woud ever dream of going, but then it is when the necessity pinches, not when the pain is past. Sir George owes money, and he was in Holyrood house for debt, but he is now here, with 10 thousand pr an, our king and Governor & no claim or call on him to make him do a wrong thing. I rather fancy he has permitted Mr Blake to accept of some cloathd gratuity, couchd in terms to render it possible for him to accept and yet to fancy himself perfectly honest, & that it was a conscious sensibility that his desire to benefit his nieces husband had perhaps carried him imprudently far which tinged his poor old cheek with a blush when Mr B. mentiond Mr Hogan and his Slaves — Mr Hogan it seems talks so unfearingly of any chance of altercation or impediment in the matter that no one doubts his thinking — he privately says like Portia “Now Infidel I have thee on the Hip?”

BASIL LE CORDEUR was until his retirement King George V Professor of History at the University of Cape Town, where he also served as head of the Department of History. He is the author of numerous books, papers  and  articles on the history of the Cape and Natal in the nineteenth century. Besides The Kitchingman Papers and The War of the Axe, 1847 which he co-edited with Christopher Saunders, he has published The Politics of Eastern Cape Separatism, 1820-54 and edited The Diary of Charles Lennox Stretch. A past president of the Southern African Historical Society, General Editor of the Brenthurst Series and Editor-in-Chief of the South African Historical Journal, he is currently working on a social and economic history of the British army at the Cape in the first half of the nineteenth century.