Gustav de Vylder, a Swedish naturalist, travelled through Namibia from 1873 to 1875 and collected insects and other natural history objects for institutions in his fatherland. He undertook the journeys a few years before the German occupation, at a time when European influence was barely perceptible. De Vylder’s journal is the report of an adventurous journey, personal meetings, and the condition of an area that was regarded as remote then. He was a man of his times, but some of his ideas were challenging and ahead of his times.

De Vylder was born in Sweden in 1827. His father, who was from Belgium, married a Swede while being employed by a Swedish family to improve their French. At the age of twelve, he lost his father and was forced to leave school for financial reasons. He learned several languages from his mother and as a talented boy was employed as a tutor in a wealthy family home. He eventually qualified as a land-surveyor and was occupied for a time with mapping and surveying but found that it left him little time to study the natural sciences, especially entomology which had been his main interest from a young age.

From 1844 to 1871 he worked for publishers in Stockholm, illustrating and engraving scientific works. A man of many talents, he trained as a photographer; wrote songs, at least one of which became popular; published poetry, a novel, illustrated children’s books and several plays. With financial help from the Swedish government, he undertook two journeys to the Cape and German South-West Africa (now Namibia). The first was from 1871 to 1875 and again from 1879 to 1887 to collect natural history specimens for Swedish museums.

He was particularly keen to visit Lake Ngami during his second visit to the Cape, but a lack of funds prevented him from journeying northwards, and he remained at the Cape for eight years. He made substantial collections of insects and also wrote poetry and light literary works during this time.

De Vylder was a kind and helpful man who had many friends, though in his diaries he quite frequently criticized others and was particularly scornful of the English. He bore a grudge against the Swedish scientific fraternity for their lack of support, which probably resulted from his lack of formal scientific education. He was, however, an informed, observant, and meticulous collector. 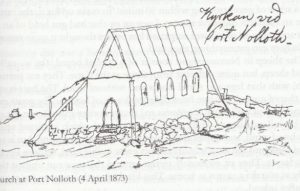 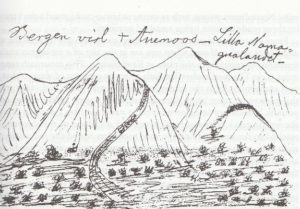 De Vylder’s first journey to the Cape also took him to South-West Africa (Namibia) via Port Nolloth. He continued on the overland journey to Otjimbingwe, and northward, east of the Etosha Pan, to Ondangwa, the centre for trading in Ovamboland. From his headquarters in the small Swedish community at Omaruru, he explored the north-central part of the colony, keeping a diary all the time. In the summer of 1875 he returned to Sweden with his adopted San child called Joseph. 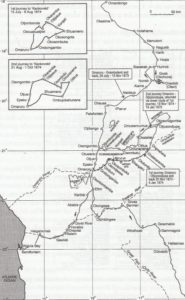 This VRS volume contains an English translation of three diaries of De Vylder that was written during his first visit to the Cape and South-West Africa from March 1873 to September 1875.

‘The first inhabitants were people who were small in stature and from whom I would imagine the Bushmen descended. If they had really been the original inhabitants of these areas, they would at first have used weapons of stone. They drilled holes through the centres of flat round stones into which they inserted wooden handles. These were their clubs. In time they learnt probably from immigrating tribes, to work meteoric iron, which occurs here plentifully, into weapons. These weapons, especially the arrows they poisoned with the juice of the milk-bush [Euphorbia sp.] mixed with the mush of a crushed larva that I think is a kind of butterfly larva. Only today I discovered a real poisonous milk-bush; it is a kind of succulent that grows on the mountain slopes, always in a cup-shaped form. The stems are star-shaped. in section and the protruding edges are densely covered with curved thorns. I am going to try to get some seeds of this succulent as I have not seen this kind in any hothouse at home. The Bushmen mix this poison in a piece of ostrich egg-shell and place the arrow-heads in it for some days. It is thought that the poison penetrates mainly into the sinews with which the iron heads off arrows are fastened to the shafts. This poison certainly works only very slowly and often it does not cause death if the arrow strikes in such a way that it can be cut out immediately; Proof of this was when in Ondonga I carelessly rammed such an arrow through my hand, but immediately squeezed out the blood very thoroughly; after which the wound healed without trouble.

The Bushmen are small, not black but only grey-brown as if they are heavily sunburnt. They have strongly developed instincts of the savage but are otherwise not very intelligent. They cannot count further than to ten and this only on their fingers. A Bushman who is in the service of Mr Bergvall in our company; that is, among the servants, cannot learn to count lack hair on the chin and body; One differentiates between wild and tame Bushmen. The wild ones are now found only in the Kalahari Desert, as far as I know. The tame ones are not very reliable because their wild nature often reveals itself. They run away and then become dangerous highwaymen because of their cunning, speed, and bloodthirstiness. Their language consists of a lot of smacking with the tongue against the palate. Three of these sounds occur in the Bergdamara and Namaqua languages. 1 assume that they got them from the Bushmen)’

Translated from the original Swedish and edited by Ione & Jalmar Rudner

Jalmar Rudner, Swedish architect and town-planner, worked for the CapeTown City Council for 30 years, and on his retirement for the National Monuments Council as archaeologist. Ione Rudner (MA Natal) worked for the South African Museum for some 29 Years and in later years was editor in charge of publications. In their spare time the couple ran the archaeology department for 13 years, undertook numerous expeditions, research, and published extensively. They turned to historical studies, especially translating and editing the narratives of early Swedish travellers in southern Africa – these included revising the translations of Sparrman’s and Thunberg’s travels for The Van Riebeeck Society, both edited by Vernon S. Forbes.