Thomas Pringle the writer, poet, and abolitionist was born in 1789  in a small village four miles from Kelso, a town in the Scottish Borders area of Scotland. Though crippled from infancy, his boyhood on the family farm, in a loving family, was a happy one. He attended the Kelso Grammar School and studied at the University of Edinburgh where be developed at talent for writing but left university before he completed his degree. Without a degree or a profession, he spent eight years as a clerk copying ancient documents. 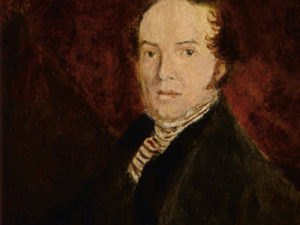 Facing hard times after the depression that followed the Napoleonic Wars, and unable to earn a proper living, he decided to recruit a party of 25, mainly family members, to emigrate to the Cape Colony with free passages and grants of land under the Government’s settlement scheme in 1820. As leader of the only Scottish settler party, he and his party settled on the remote Baviaans River some 30 miles from the village of Cradock. Two years later he moved to Cape Town where he and his university friend John Fairbairn, established a successful ‘classical and commercial academy’ as well as the first independent newspaper, the South African Journal. 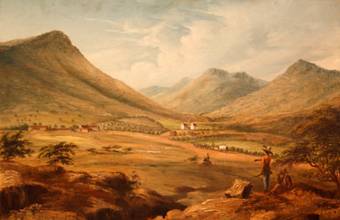 As a result of their free criticisms of the Colonial Government of Lord Charles Somerset forced them to close their academy and suppressed their newspaper. Without a livelihood, and with debts, Pringle returned and settled in London where he was later appointed as Secretary of the Anti-Slavery Society. His concern for the liberal cause at the Cape never wavered: Somerset resigned his governorship and Pringle challenged Afrikaner and British settler oppression of the indigenous people and the Xhosa beyond the frontier.

In South Africa he was a controversial figure, praised for his part in the struggle for press freedom, but reviled for his championing of the rights of the indigenous people. He was under attack by both rural Afrikaners and the British settlers, though he had fought valiantly for them against a neglectful and unsympathetic colonial rule. 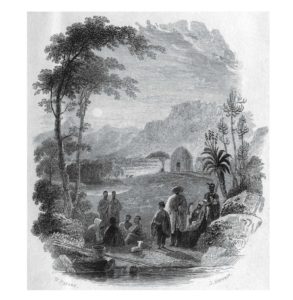 Pringle is remembered as ‘the father of English poetry’ in this country, as leader of the only Scottish settler party in 1820, and as a champion of the freedom of the press.  The abolition of slavery in the British Empire came into force in August 1834 but at that stage his health had already deteriorated, probably due to tuberculosis. Desperate measures were taken for his return to the sun and dryness of the Cape Colony, but his and his wife’s berths had to be cancelled at the last minute and four weeks later he was dead – at 45.

This volume contains 223 vivid, passionate, and engaging letters shedding revealing light, vastly broadening and deepening the existing picture of what Pringle said and did, and why.

I arrived here about three weeks ago with my party, and was located on the 1st instant by Captain Harding Deputy Landdrost of Cradock. I have now thoroughly examined our situation and its capabilities, and tho’ it is in many respects very different from what I and my friends had anticipated, yet we are on the whole sufficiently satisfied with our position – or at all events with the kind intentions of the Colonial Authorities in sending us hither. We labour however under some peculiar disadvantages, which probably His Excellency the Governor and yourself were not fully aware of when I had the honour of seeing you at Port Elizabeth, and which I therefore beg leave now to explain to you.

We are placed at the very head of the Bavian’s River about 50 miles from Roode Wall. On three sides of us are wild and barren mountains, inaccessible by wagons, and uninhabitable unless by wild beasts and savages: on the fourth the road down the river forms our sole channel of communication with the habitable parts of the Colony. This road is however so exceedingly bad that we took no less than five days to travel up with our baggage from Field Cornet Opperman’s – a distance of about 28 English miles, and the first wagon sent with provisions for us from Somerset was overturned in the river and a great part of the load lost or damaged. The Dep. Landdrost promised to issue orders for the repairing of the road as far as the inhabitants extend upwards (about one half of the way), but no repairs by the inhabitants can be effectual on a route like this which must unavoidably be led along narrow defiles and rocky chasms and which crosses the channel of the Bavian’s River no less than twenty seven times – so that every flood washes down the drifts and renders new ones necessary. This being our only road to market it is evidently out of the question to think of raising grain for sale as was originally our design. We must necessarily restrict our agricultural operations to what will repay us – and perhaps only cultivate corn for our own subsistence. Some articles perhaps such as tobacco and hemp may be carried to market on pack oxen. But our chief dependence must I suspect be our cattle and sheep, although for grazing farms our allotment I fear will prove rather limited.

Edited and introduced by Randolph Vigne

Randolph Vigne was born in Kimberley in 1928 and grew up in Port Elizabeth where he joined the Van Riebeeck Society in 1941. After his education at St Andrew’s College, Grahamstown and Wadham College, Oxford he served as English editor at Maskew Miller’s in Cape Town until 1964 when he moved to England and continued his career in educational publishing. He has undertaken much research and writing in southern African and European historical fields, publishing, among other books, Guillaume Chenu de Chalezac, the ‘French boy’ at the Cape of Good Hope (VRS 2nd Series, No 22, 1993) and Liberals against Apartheid, the History of the Liberal Party of South Africa (Macmillan, 1997). A fellow of the Society of Antiquaries of London, he was awarded the Order of Luthuli by the President of South Africa in 2010.