In a Time of Plague. Memories of the ‘Spanish’ Flu Epidemic of 1918 In South Africa

Collected and Edited by Howard Phillips

In a Time of Plague. Memories of the ‘Spanish’ Flu Epidemic of 1918 In South Africa 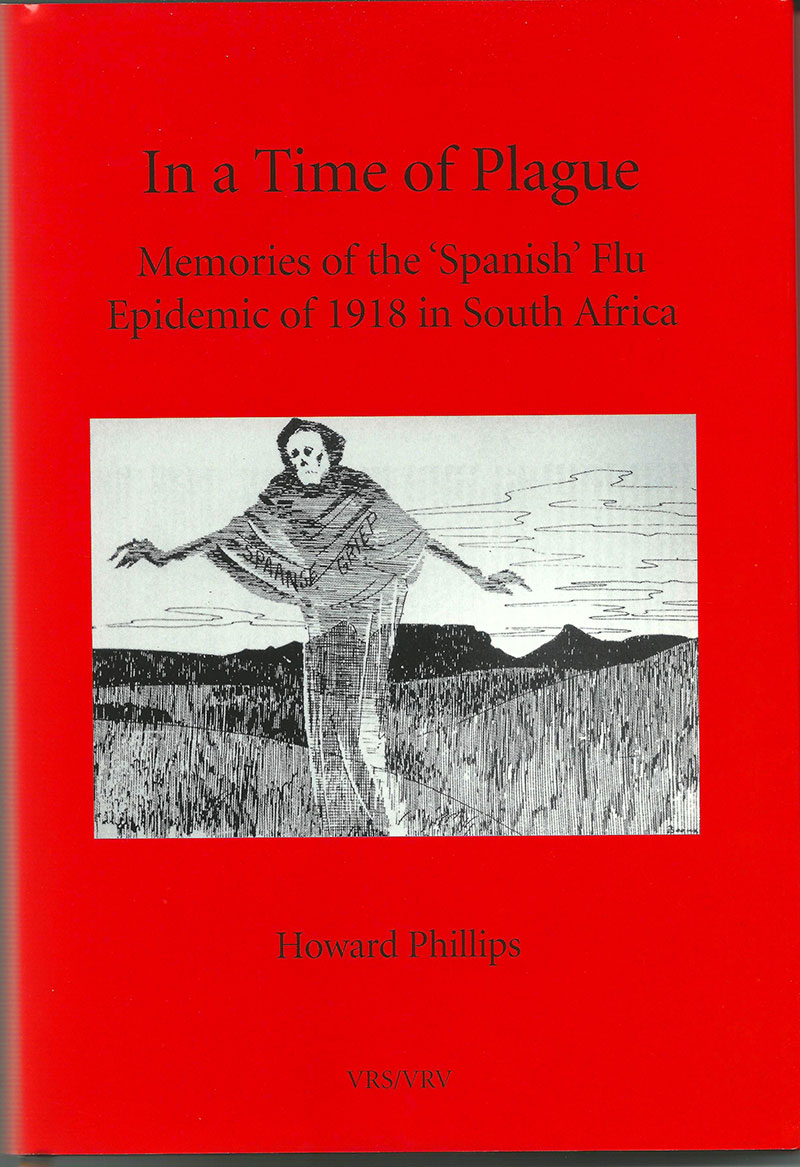 This volume includes 127 first-hand accounts of the dire impact of the pandemic on South Africa. Together they portray a country under siege for close to a month, its daily routine paralysed as its citizens literally struggled against being overwhelmed by the epidemic engulfing the country, an epidemic which carried off some 6% of the population and laid low another 50-60%. The memories spell out the trauma of those weeks vividly and unforgettably: the sight of Scotch carts filled with corpses under a tarpaulin, trundling down Adderley Street; mass graves in Kimberley into which bodies wrapped only in blankets were piled; schools, churches and cinemas in Bloemfontein shut to try and prevent the disease spreading; whole families lying dead in their house or huts on the Cape Flats and in the Transkei; the fear triggered by hearing a sneeze or cough close by; the queues of desperate people waiting outside hastily-established relief depots to collect soup, bottles of a rapidly-concocted pink ‘flu mixture’ and lemons; the frightening rumours of deaths and of ominous, unnatural portents. 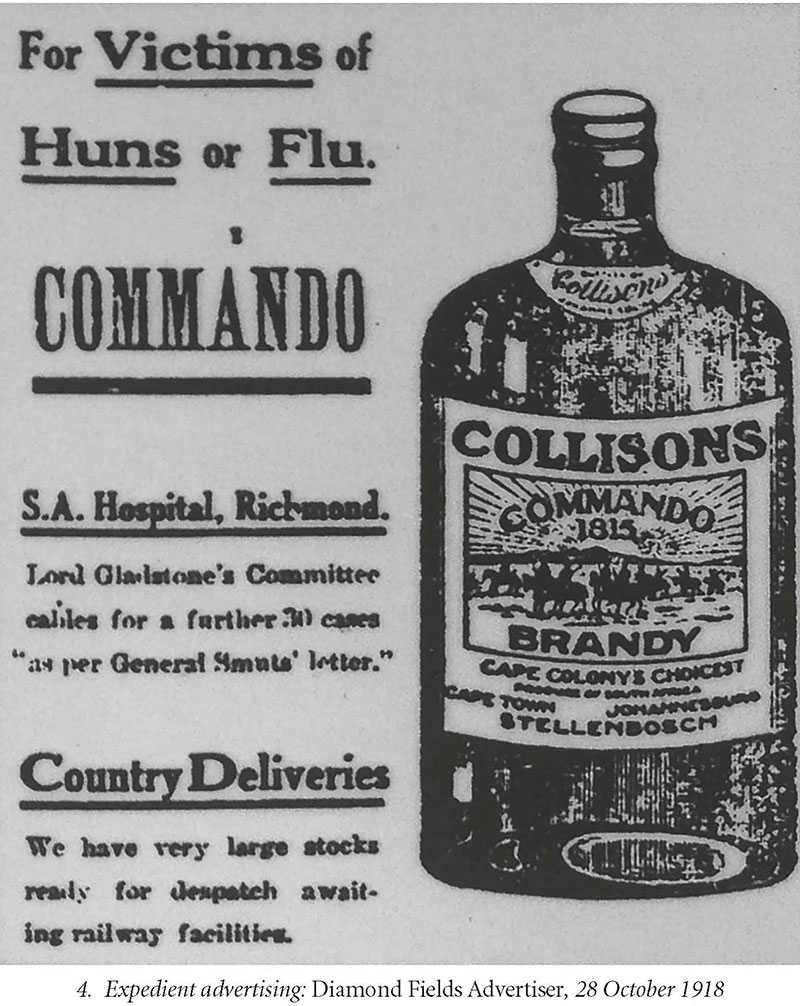 But these accounts speak too of the volunteers of all classes who ran these depots and undertook house-visits and emergency work, pitching in to try and stave off the disintegration of communal life. ‘They gave everything …. They helped us very well, I must say that. We cannot have a quarrel with whites about that’, declared a coloured man of 99 whom I interviewed in 1978. ‘They are not the whites of today. They were not the same’.

What this volume does is to put on record once and for all these very striking personal recollections which are unique, for almost everyone who had such experiences themselves has now died. They are, literally, the voices of a now-vanished generation. Moreover, the book places these memories into a wider global context, of a sweeping pandemic which enveloped the world in 1918-19, killing 50 million+ people, creating orphans on an unprecedented scale and leaving survivors bereaved and traumatized. The number of dead far dwarfed the number killed in World War I (12-14 million), yet it is the latter which, paradoxically, has left its mark on history and memorialization not the former. Public memorials to soldiers who died in that war dot the landscape all around the world, but public Spanish flu memorials are few and far between apart from individual gravestones. (In South Africa there are only 4 – at the old De Beers Dynamite Factory at Somerset West; at the Port Elizabeth Municipal library; at the Nurses’ Home at Kimberley Hospital; and outside the AVBOB offices in Bloemfontein). 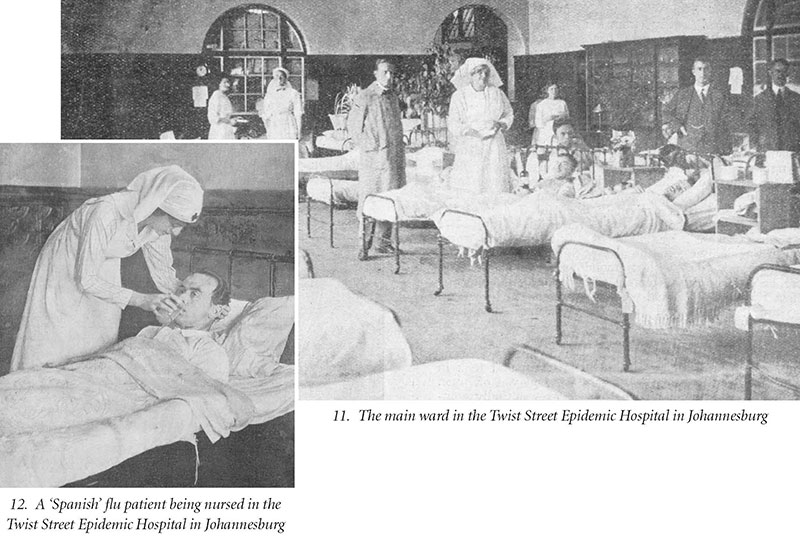 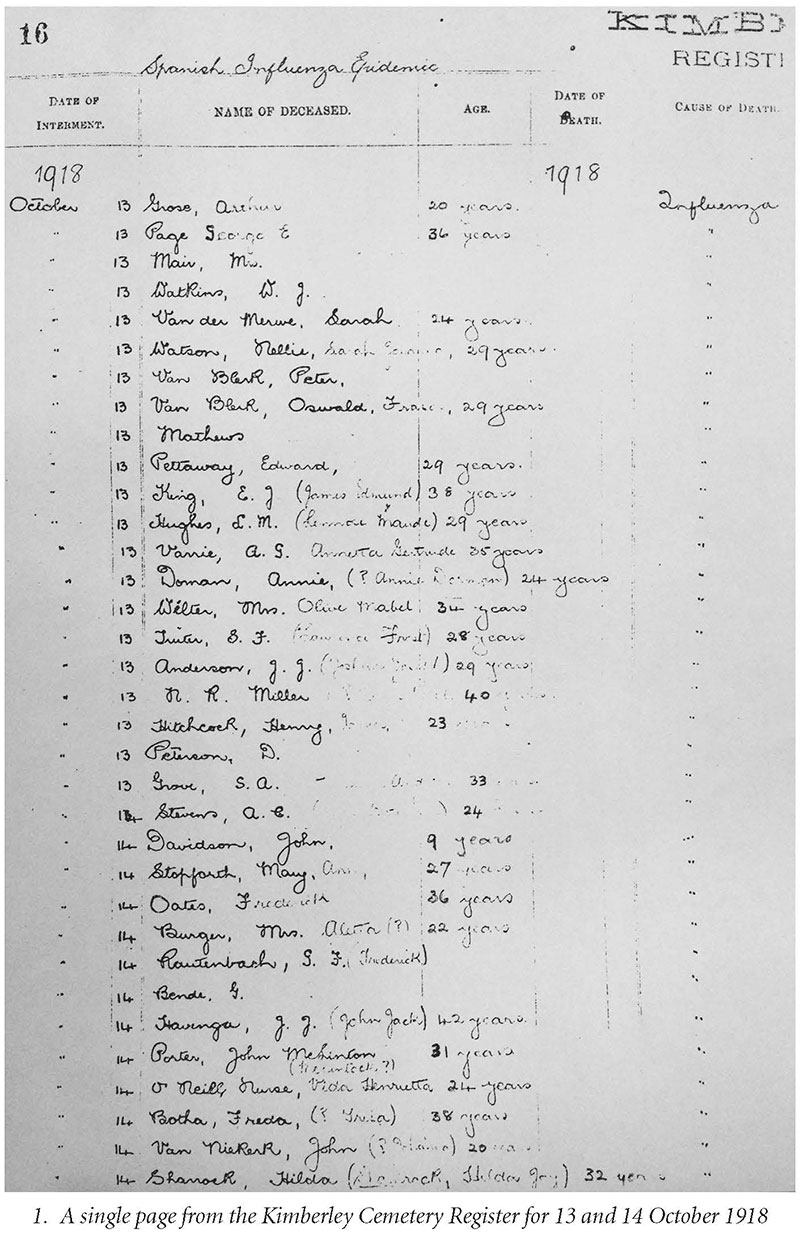 It is hoped that this book will at last put South Africa’s worst health disaster into context and also into our historical consciousness, and thereby help us to make sense of those fragments of family memory of ‘Black October’ which have come down to us.