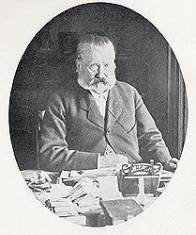 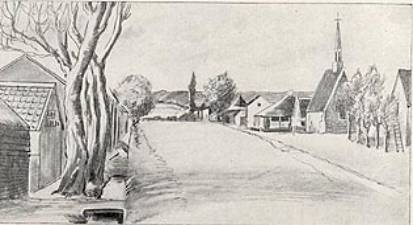 “…..a pole erected on what to all appearance seemed a very mediocre tomb, railed in with iron hurdles. On closer inspection it turned out to be the foundation stone laid by H.R.H. Prince Alfred on his visit in 1860, and of which eventful day this is the anni­versary! For what particular purpose it was laid I could not discover; possibly, Natal-like, it might come in handy some day! There it is, pretty much as he left it, a little greener perhaps. I say Natal-like. The whole Colony seems set agoing on the same principle. Farmers, or would-be farmers, rushed out and bought. land. Speculators bought land, without knowing what to turn it to, or what it was fit for, on the chance of something turning up! Since the cattle were cleared off by pleuro-pneu­monia, what have they done? Next to nothing! They have the land and the stone ready, but the structure has yet to be built! Sugar and coffee are on trial, sheep ditto, and I believe may do under proper management. But the farmers, properly so called, the agriculturists, have as yet found little or nothing to do. Their standard crops are ‘forage’ and ‘mealies,’ otherwise called oat hay and maize, a marketable produce limited to the demand of the Colony. Wheat won’t grow, at least it does not come to maturity as it ought to, being subject, owing to the constant rains in summer, to the affection called rust, which produces mildew and prevents the grain from filling properly. It is said that twenty bushels to the acre is considered a great return! This mainstay of the Anglo-Saxon has, in consequence, to be imported and is often at an exorbitant price. Some little comes from the Free State, where it does well. The specimen of Natal wheat sent to the exhibition was grown there! So say most people, a few, however, assert that it was really grown in the Colony, in some corner close to the Berg. At all events, it seems indubitable that this is not a wheat-growing country. To hear some people talk it is the want of labour that is the ruin of the Colony, yet they have Kafirs for up-country work and Coolies for the coast. To cry out for white labour to compete with coloured labour at 10/- per month is a state of the labour market certainly taken from a Natal point of view, and not at all likely to be prophetic! White men will not work where the nigger is so abundant except as a superior class, or overseers. The farmers for the most part ought to take that duty on themselves. The fact is they really don’t know what to tackle. Let them try to find out and grow some crops fit for export, and make the most of their Kafirs. The Kafirs are fine able-bodied men and very fond of money, two very good foundations to build labour on. Tax them well, to counteract the lazy tendency of all niggers, make them amenable to the laws of civilized life and strictly bound to fulfil their engagements, and go ahead! A pretty case it would be to induce our farm and outdoor labourers to come out here to compete against these niggers! With all the talk made, no more would be done by white labour than they do now. It would be better done, that is certain, but any great number of farm labourers coming out here, with nothing but their labour to depend on, would soon have to content themselves with a very low rate of wage, one degree removed from starvation point. This Colony has been begun on a totally reverse principle to that of Australian squatting, and a pretty standstill they have come to! It would do these blustering radical stump orators good to have a look at this country and the show the purchased land makes when contrasted with the Crown lands of Australia. The one is bankrupt, or little better—the other self-supporting in grain and yielding a princely revenue from its pastoral lands. If sheep do not succeed here, the Colony to all appearance must go further to the wall. It is a caution to hear them talking of the lung sickness as having been a very great benefit to the country. How? ‘Look at the price we are getting for our cattle now, £10 a head!’ True, and you call that a benefit which enables you to supply your own mouths at an extravagant rate, whereas, had cattle been as plentiful as before, you would be eating cheap food and have money coming in for tallow, hides, horns, and perhaps beef, also exported! ‘Oh, but it has made us turn our attention to sheep.’ As if the superabundance of cattle would not have told in the same way, while the land would meanwhile have been stocked and a return coming in. They are a slow set, that’s a fact. “