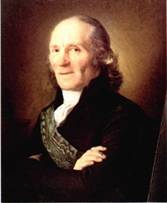 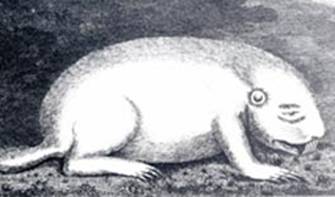 “………to get honey out of them. For this purpose, they first tie a noose round the trunk, in which they put one foot, then they fasten another noose higher up, and when mounted in that untie the former, and so on.

Roads, that can be properly so called, are not to be found in all this southern part of Africa; yet the way which people in general take, when they travel, is pretty well beaten in the neighbourhood of the Cape; farther down in the country indeed, very often not the least vestige of a road appears. Therefore in plains that are either very extensive, or covered with bush, it may easily happen that a traveller shall lose his way; so that he ought to be well acquainted with, and accurately observe the marks, by which he may get into the right road again. He must see then whether there be any sheep’s dung in the fields, which shews that there is a farm-house in the vicinity; and likewise, whether he can discover any herds of cattle grazing, or any cultivated land.

The country here, in general, consisted of extensive plains, full of rich pasture, interspersed with hillocks, and valleys, that abounded in wood and water.

The trees in the woods were large and tall, but for the most part crooked and misshapen, and at the same time covered with moss, like those in the northern regions.

The Hottentot women here, wore a little sea-shell (Nerita histrio, and the Cypraea moneta) by way of ornament, both on their caps, and round their wrists, in the form of bracelets. Their cap is a slip of buffalo leather, of a hand’s breadth, without any crown, ornamented on the outside with these shells, in various rows, according to the different taste and wealth of the owner.

The Hottentots of this place had a custom, which is not general with this nation, of wearing a bag of leather, that hung by a strap over their shoulders, quite down on their hips. At the lower end it was ornamented with thongs of leather, like fringes, to which were tied shells, that made a rattling noise. This bag served to keep various articles in.

Other Hottentot women wore on their heads a striped conical cap, made of several narrow slips of black, white, and brown lamb-skins sewed together. These caps were also, sometimes, decorated with glass beads, fixed on them in various forms, or hanging down, like strings of pearls.

Round their arms and legs they generally wore rings of ox-hides, which I had here the opportunity of seeing made. The slips, cut from the hide were beaten till they were quite round, and both the ends stuck so fast together, that it could not be perceived where they were joined. These rings they afterwards forced over their feet, wearing, especially the women, such a number of them, as to cover half the leg, or more. I have also sometimes seen them wash, and afterwards grease these rings.

In the eggs of ostriches, as I was informed, a stone was sometimes found which was set, and used for buttons.

There are instances of an European’s having married a Hottentot Woman, who has then been baptized. But it has more frequently happened that a colonist, without regular marriage, has had several children by Hottentot mistress, and that these children have been baptized when the were several years old.

In many places I observed the land to have been set on fire for the purpose of clearing it; though in a very different manner from what is done in the north. Divers plains here, produce a very high sort of grass which being of too coarse a nature, and unfit food for cattle, is not consumed, and thus prevents fresh verdure from shooting up; not to mention that it harbours a great number of serpents and beasts of prey. Such a piece of land as this, therefore, is set on fire, to the end that new grass may sprint up from the roots. Now if any of these places were overgrown with bushes these latter were burned quite black, and left standing in this sooty condition for a great length of time afterwards, to my great vexation, as well as that of other travellers, who were obliged to pass through them.

Almost every day we were wet to the skin, in consequence of deluging showers of rain, which were sometimes accompanied with thunder………..”