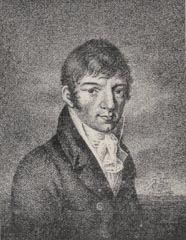 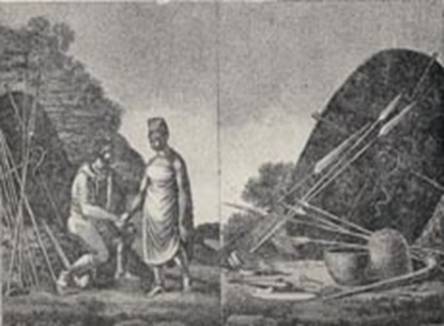 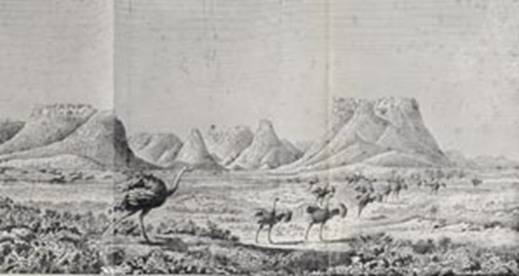 “…….them, contrary to all sense and reason, often come to a formidable height, and end in hectic complaints, Which prove fatal. The stone is here a much too common complaint among the men: this is perhaps to be ascribed in great measure to the bad water, and the want of spirituous liquors. In those districts where vines are cultivated, and good wine is made, or where wine is to be had cheap, the evil does not exist. There is another disease which is not very frequent among the white people, but when they are afflicted with it from their total ignorance of the manner in which it ought to be treated, it commonly gets to a formidable height. It is much more frequent among the Hottentots, but what is extraordinary, is not so manifestly destructive to them.

Notwithstanding that our stock of medicines was very ample, yet it would soon have been exhausted, if I had administered to the wants of every body that came to consult me. I therefore found it expedient to make myself acquainted with the properties of such medical plants as grew in the neighbourhood, and had recourse to them in most instances, since otherwise we should have been left without resources, in case of any of our own party being sick. By the advice of a friend in the Cape Town, I carried with me a stock of Halle medicines, in which he told me the colonists placed confidence, and that it was not easy to make a more acceptable present than a glass of pulvis asmodicus, or essentia dulcis. As I did not, however, place equal confidence in these medicines, I re to give them as specifics in cases of real disease: I only availed myself of them occasionally when I ed to make some little return for civilities received, or when I was for any other reason desirous of obliging. Through the medium of my medicinal knowledge, I acquired myself many friends among the colonists, and ~y subsequent travels through these countries I ~i the readiness I had always shewn upon this ion to give my assistance wherever it was wanted y repaid by a thousand little courtesies, and by universal esteem and regard with which I was received. One inconvenience I experienced from it, many an hour was by this means lost to me, which I wished to have been able to devote to other pursuits. It occasioned me, besides, to have much less time for ~e than any of my companions, since, from the number of patients I had to attend to, it often happened no other opportunities remained for me to make my excursions in quest of the treasures I was always desirous of obtaining, except the hours which should been devoted to rest.

The next place at which we stopped was at the foot little hill, the south end of which is called the Tyger-point. I met with a very friendly reception in the house of a colonist, by name Vander Merwe: we had a great deal of conversation with him the diseases to which the cattle of the country are subject, and judged him, from the nature of his remarks, to be a sensible man. In the neighbourhood ~ house we found a rich harvest of rare plants and insects.