The Chronicle of Jeremiah Goldswain, Albany Settler of 1820: Vol. I

The Chronicle of Jeremiah Goldswain, Albany Settler of 1820: Vol. I 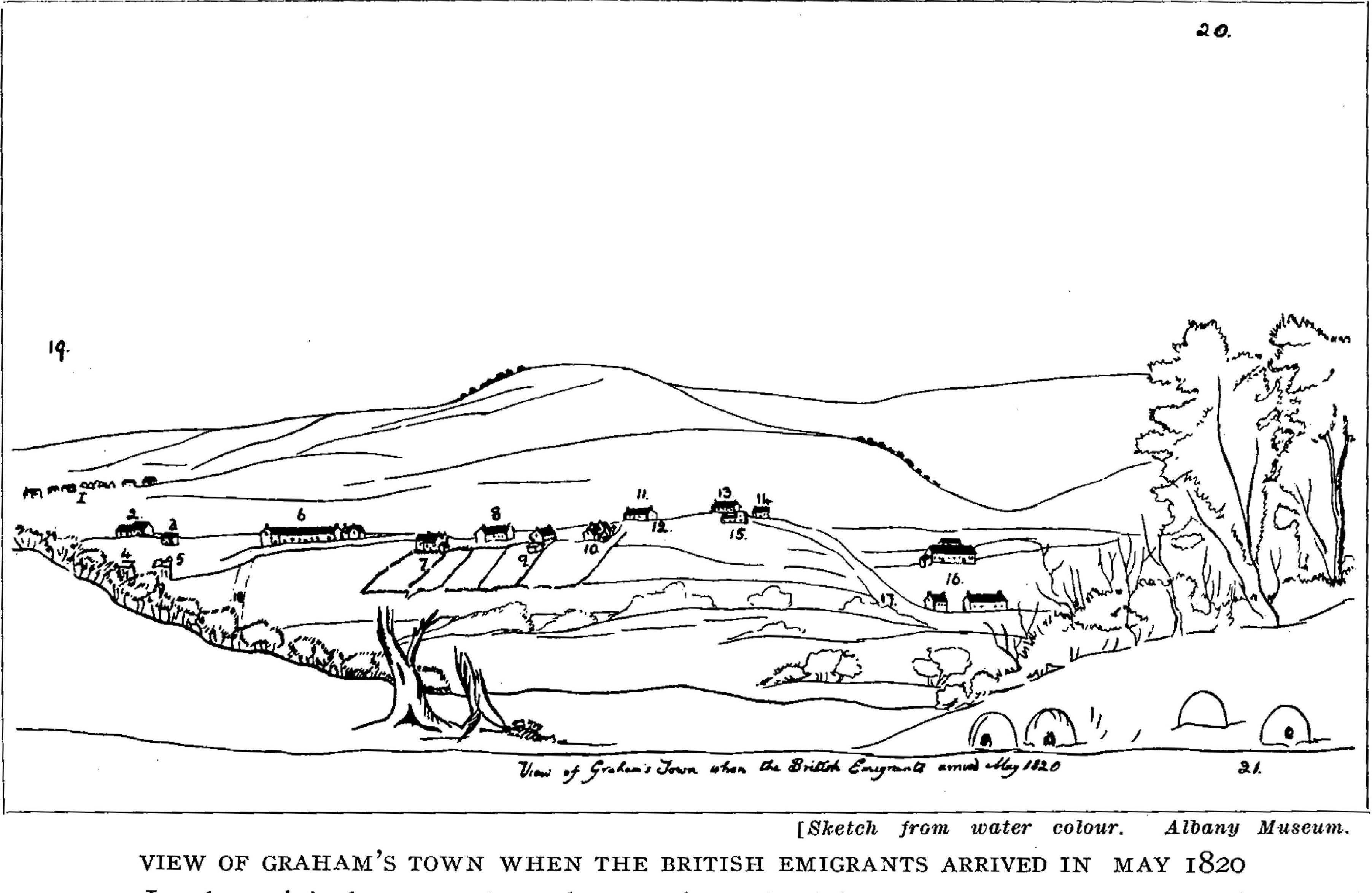 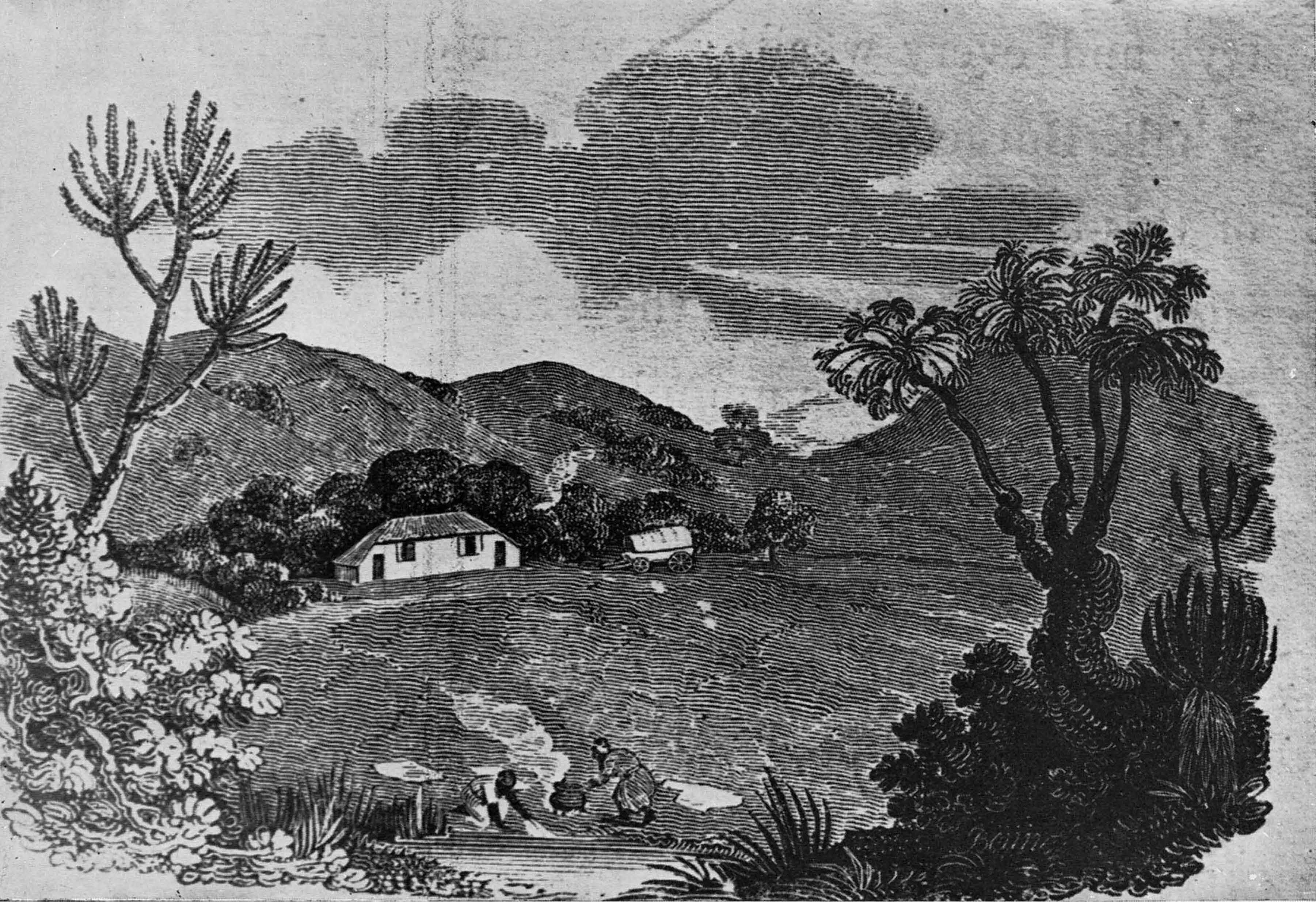 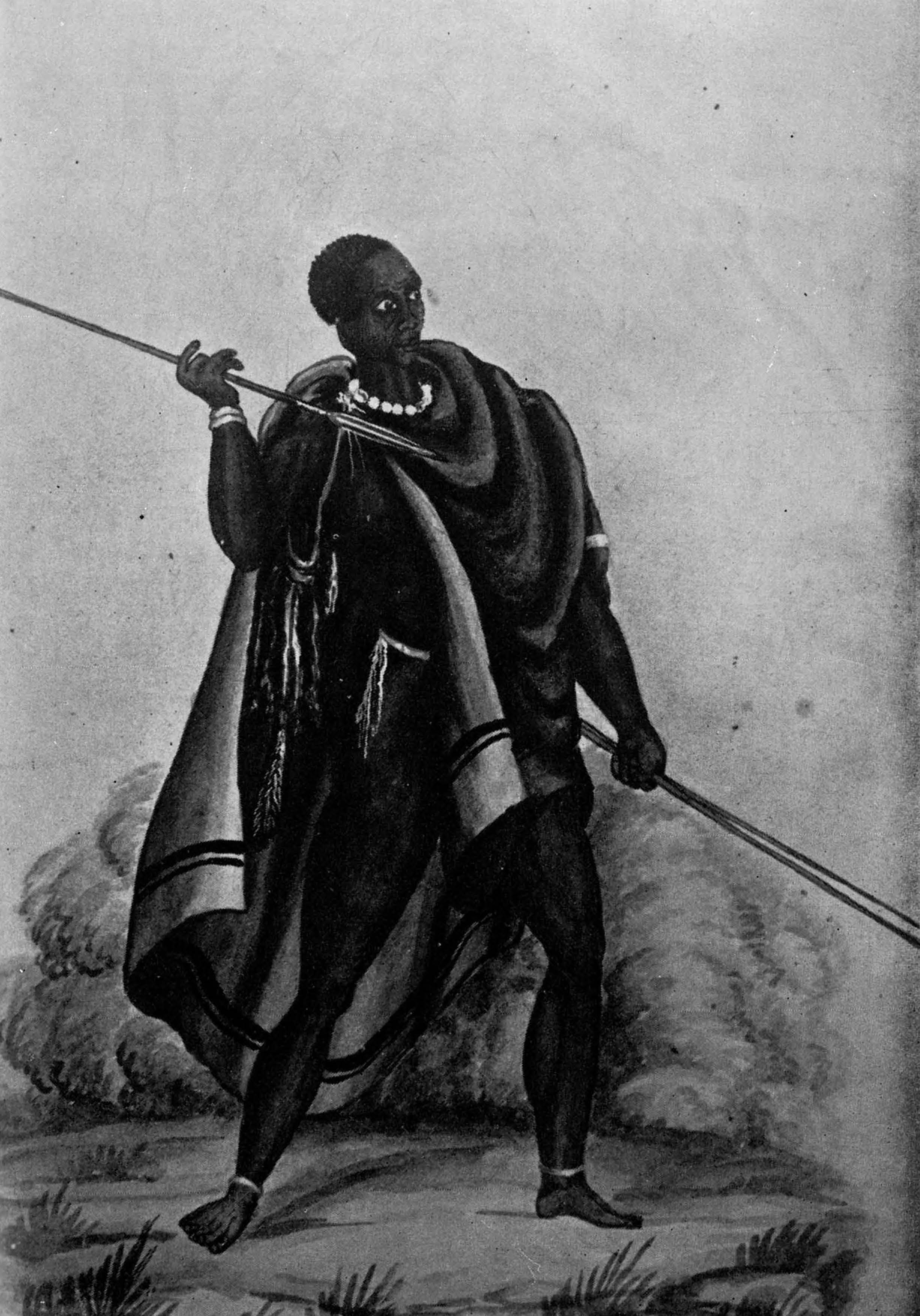 “……had killed severel of the traders and that they ware driving all the Cattle and sheep out of the Colney into Kaffer Land: the next Morning 26th. I left my fatherinlaws for home caled on the Rev S Young at Salem to asatain if the report wich we had heard wa true: he said that he feared that it was to true and wished me to com in and take sum refreshment and wait untill his Servent and others that had gon to Grahams Town 15 Miles to know the sertntey of it [returned?]. I in­formed him that I had my wife and Six Children in the Waggne: he wished them all to com in. I went to the Wagen and informed my wife and she wished for ous to go on with out informing Mr. Young and that I could apolige for leveing without informing him the cause as we wished to go as far as Mr. Leaches [Leech] that night about 12 Miles from Salem. We left and had not procead more then half a Mile before I thought that I heard sum one calling to me: I sprung up on the wagon Chest and saw Mr. Young running and holding his sides calling out at the top of his voice: Goldswain hare you mad? I said: I hope I ham not. He said that he beleved that I was if I pursisted in Going on. I said that I wished to git to Mr. Leches [Leech’s] at the Crecer [Kareiga River] so that we mite beable to git home erley the next Morning: no you shall not go on untill we hear from Grahams Town and them you will have time to go thear if you are a little late: so we ware forst to return to Mr. Youngs. We out spand the Oxen and tied them up to the wagon and soone the partey returned from Grahams Town and brought Letters stating that they Kaffers was in Great forse in the Kowie Bush and that they Kaffers had murdred two or three men close to G. Town: they two Mr. Eselens [Eastland] was sent to inform Mr. Leech and to pursuade him and his famley to com in to Salem as quict as posable. They found Mr. Leech at home and they prepared to com to Salem but begun to think that they Kaffers was not so neer: they kiled a sheep and bakeda plum cake: they Oxen ware in spand: by this time it was quit dark. Mrs. Leech went to the Wagon to put in a dress and as she was at the frunt of the Wagon she saw a Kaffer Loocking into the hinder part of the Wagon. Informing Mr. Leech they all went out and saw they Kaffer coming up they Wagon drift close to the House: they fird at them and drove they Kaffers back but they caled out in duch to Mr. Leech that altho they had driven them back they wold com over they sanddrift and that they ware com for they Cattle and that they wold have them. They came over and drove all they Cattle round the house and they three men ware sepreated: one of the Eastlands and Mr. Leech was driven from the house and had to retreat to Salem 12 Miles. My Wagon and Mr. T King snr. was standing under the Garden fence of the Mission House neer to the Chaple they Wagons betwen, the two. I and Mr. King with our farnleys ware invited to go into the Chaple but Mrs. G. at this time injoied but a verey poor state of health so that I was not agree to it as I had just left they Chaple and saw in the Chaple English Duch Hottentots Bushuners &c and what of the wormth of the wether and so many Natives stoed to gather it was irnposable for her to stay in thear. We all ware afraid that they Kaffers wold com and trie for they Cattle and horses as we had heard firen not far from Salem so I tuck my gun out of the wagon and sude sentrey over the two Wagons untill half past eleven oclock. I had just been to the Chaple to see if [there was a]ney news: I laid down under the Wagon about five minetes when I heard two Guns fierd at sume distence and the voice calling out for helpe. Eight or twelve men went to meet them and found that it was Mr Leech and Mr. Eastland wich had been dreven from the House and stated that wen they left they Kaffers …” 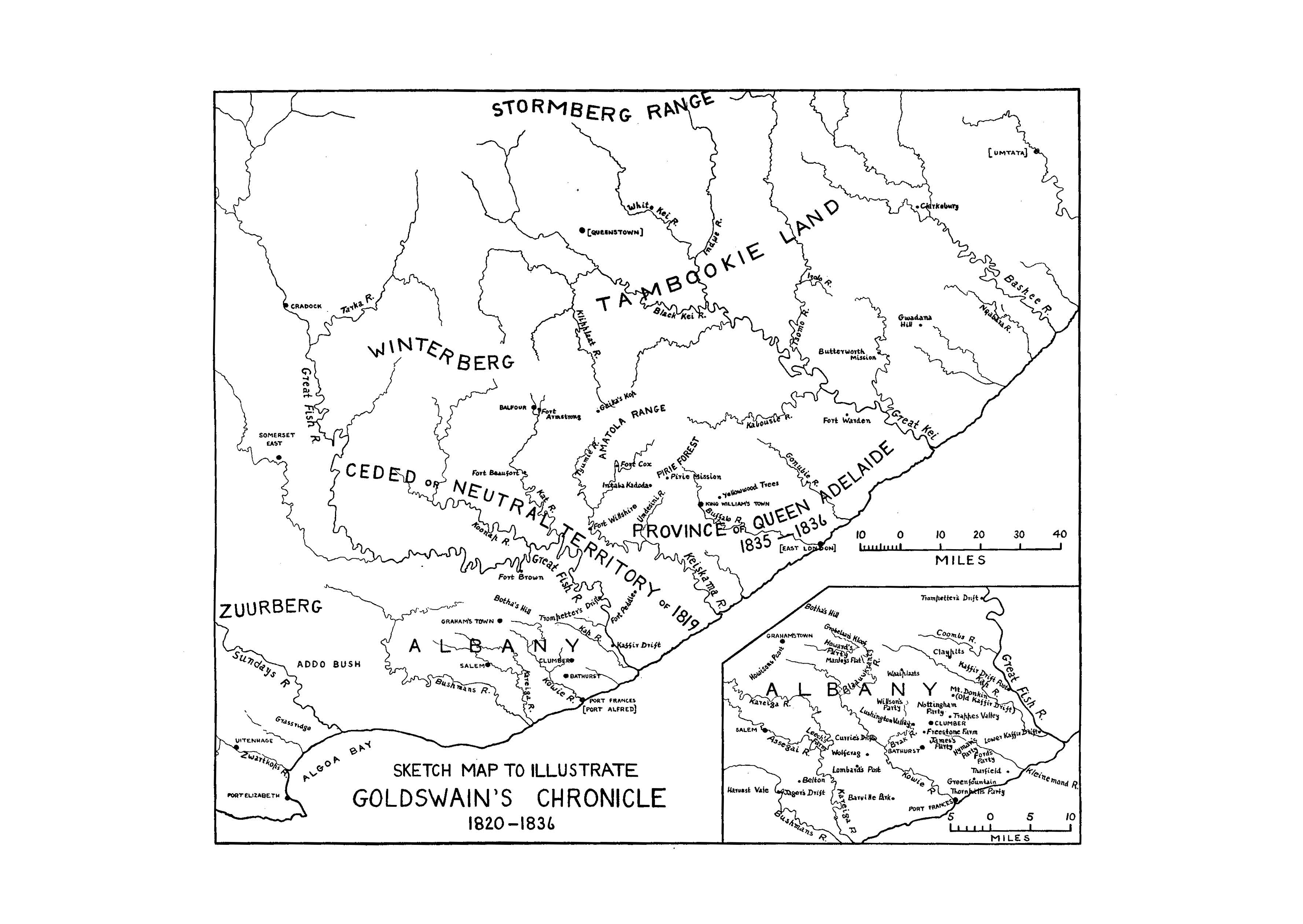